Chimpers: It’s A Marathon, Not A Sprint

Chimpers is all about pace, mystery, and unraveling.

Before there was ever Chimpers, first there was The Boring Ape Chronicles, also known as TBAC, a Bored Apes derivative project that entailed extensive lore and a six-episode series sold as NFTs. Don’t get too hung up on their use of the word ‘episode’ — these ‘episode’ NFTs are more like symbolic gif art that relate back to TBAC lore, (lore that we’ll try not to spoil for you, but which assuredly contains layers of colorful drama as it details the bored apes’ collective search for the sacred ‘Diamond Fleece’.)

Like Chimpers, TBAC is the brainchild of artist Timpers and writer Insight — who are in fact twin brothers, both with healthy experience in the NFT space (Timpers having created for/helped big names like RTFKT, Interleave, and NOUNS DAO; and Insight having written for names like Decrypt, Cointelegraph, and 137 PM.)

Back to the mystery and pacing — eventually, with the help of animation director and designer Jardine Sange, TBAC’s six episodic artworks came together in an animated production that was sold as an NFT. While we understand not everyone will get through reading the comprehensive lore for TBAC, we’d highly recommend watching the animated production (it's only a couple minutes, and it gives an encapsulating taste for their broader multimedia vision.) 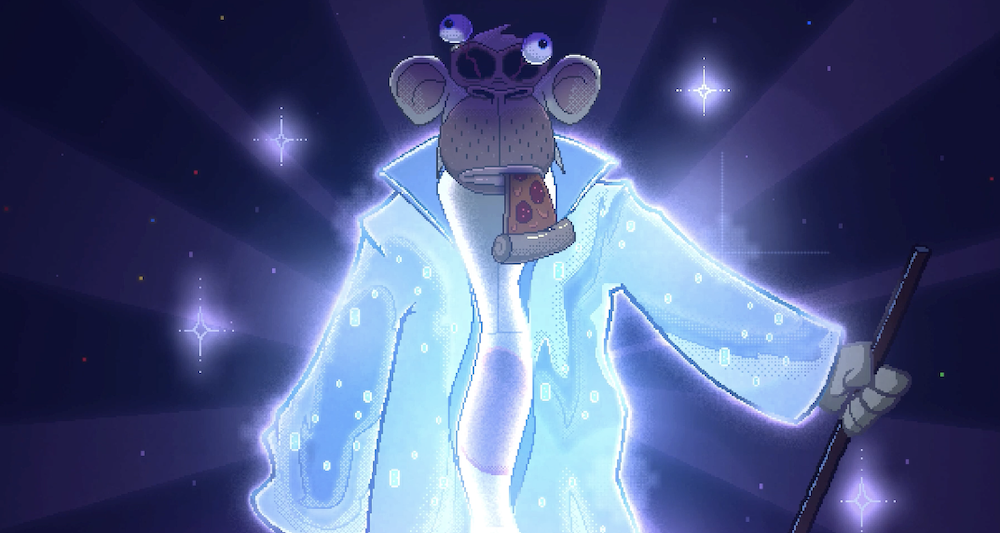 Following the TBAC animated production, it’d be tempting to think that was the grand finale for the project, but no, the reality is the team was merely unfolding one more layer of a continuous reveal. Along with the animated production, holders of the ‘full-set’ (all six episodes) were also airdropped their very own Diamond Fleece NFT (which could later be burned in exchange for a Genesis Chimp (now at ~24 Eth Floor)), some mysterious Diamond Dust (now at 8 Eth), and a collectors ebook NFT that pointed to 60+ pages worth of Inspect and Timpers high-octane imagination. 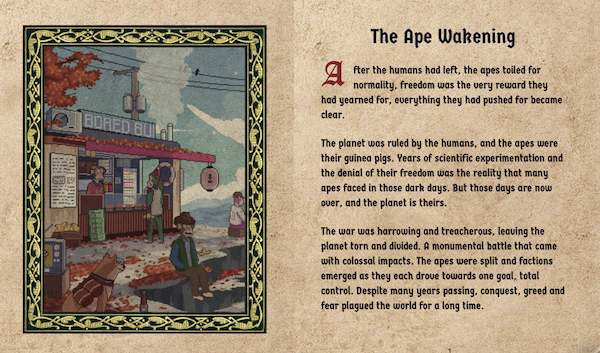 Like we said earlier, we don’t want to spoil it for you, but let's just say, if you got through all sixty pages of Inspect’s impressive literary jaunt, you’d have known that even more was coming . . .

And sure enough, on April 26th, a missing page from the TBAC ebook revealed that owning a TBAC Series 1 asset granted a pass to mint Chimpers, a collection which at that time had only been hinted at once through a teaser image on Twitter.

Within a month, 5555 Chimpers hit the market hit, building upon Chimpers Genesis, expanding TBAC community, and giving the broader ecosystem a chance to take part in the chimpverse.

We’ve perused the Chimpers’ various pixel-art designs and we’ve got to say they’re unquestionably diverse — you can scroll for ages without coming across a seemingly repetitive combination. But also, Chimpers seem ideologically catchy and genre-blending — very much a throwback to Timpers’ upbringing of watching classic anime films and playing retro pixel-based games like Pokemon.

Perhaps the Chimpers hit a perfectly nostalgic nerve — since their release, Chimpers Discord has amassed 45k members, the collection has racked up over 9.4k Eth total volume traded, over 600 people have made their Twitter pfp a Chimper (according to NFTinspect,) and the floor price has held steady around 2 Eth (although, looking at the chart it sure feels like price wants to move elsewhere, whether that be up or down.) 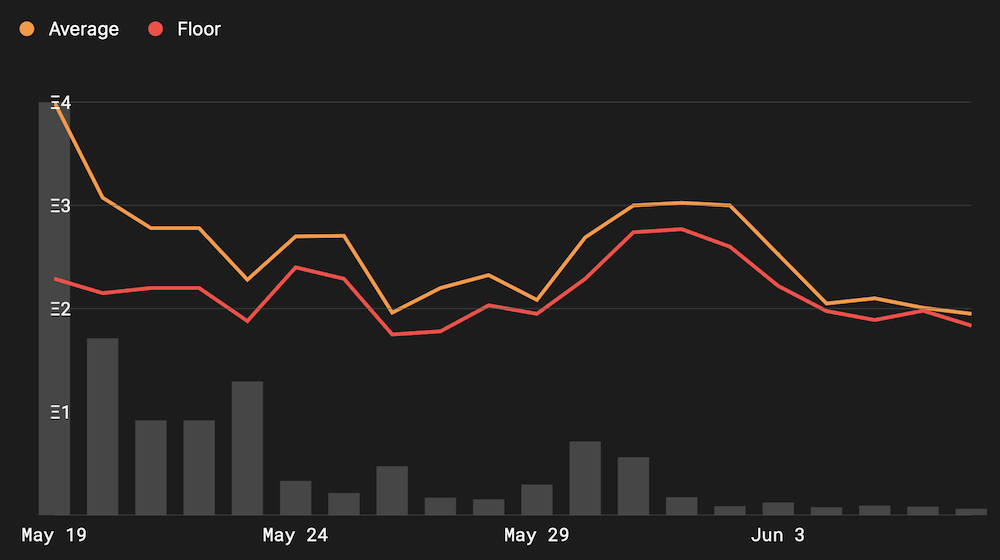 But if you’re thinking Chimpers marks the end of this saga, don’t worry. All along, whether it was TBAC → Diamond Fleece → Genesis Chimps → Ebook & Chimpers, this team has valued maintaining mystery and rewarding those holders who stick with them for the journey. We do know there’s a handful of community-based projects in the works, more lore is being revealed through Chubby Chimpers Chronicles, and that the Chimpers will be heading to “The Dojo” (to receive training,) but as for the specifics of the next big unfolding, we just have to be patient to see what comes next in the chimpverse.