Released back in July 2021, 9,999 Cool Cats (9, because cats have 9 nine lives) minted out, first at 0.06 Eth (which was lowered to 0.02 Eth an hour after minting began), then began a patient, but tireless crawl in price and popularity, breaching a 1 Eth floor by August, and 10 Eth by September.

Since then, Cool Cats’ floor has oscillated between 3 Eth and 16 Eth, racking up an impressive 108k Eth in total volume traded, where today, they remain at #13 in terms of the most volume ever traded on OpenSea. 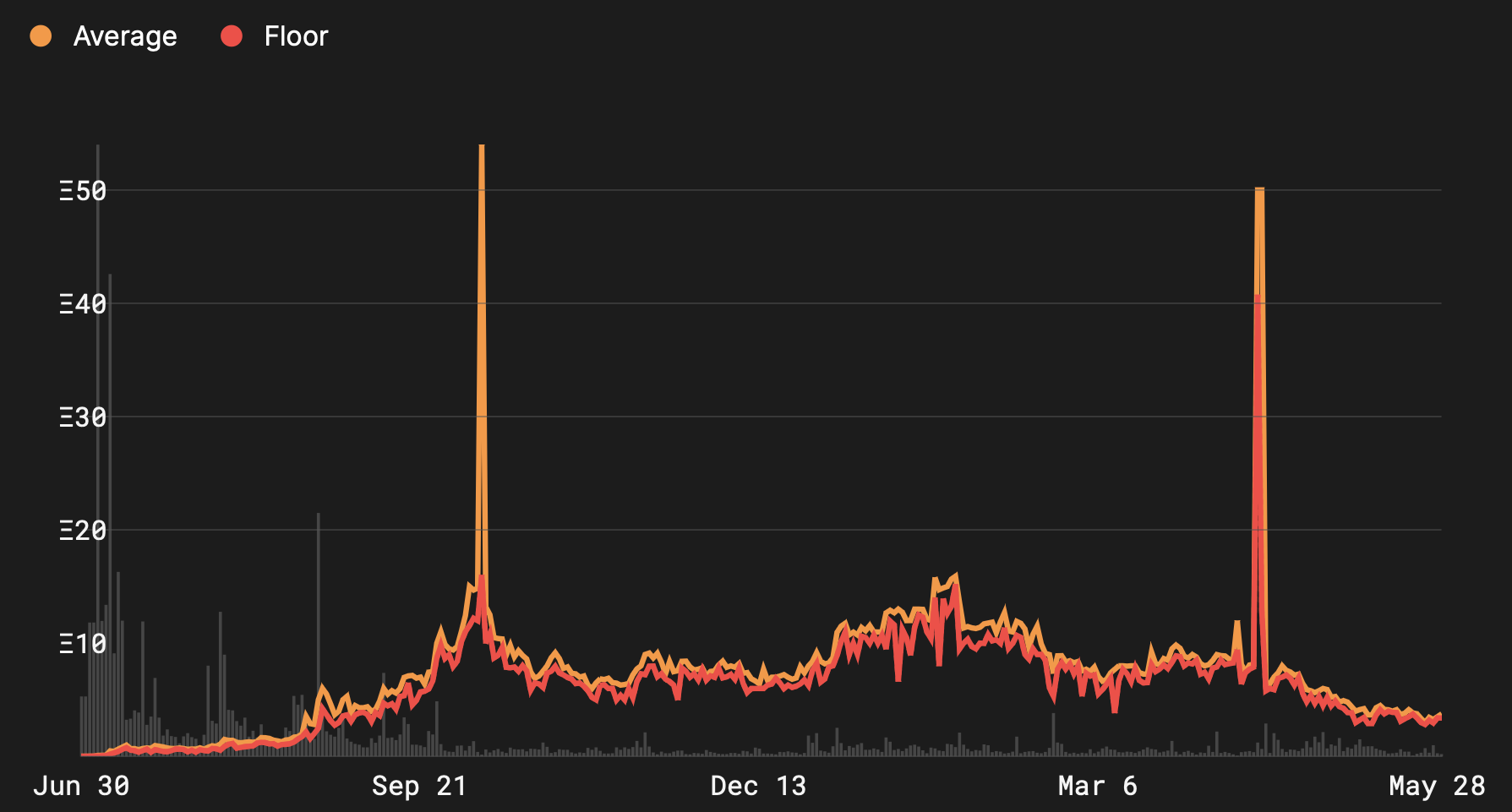 Price action aside, the Cool Cats are known for being one of the more aesthetically-justified collections, and rightfully so given that the artwork, designed by Colin Egan (@thecatoonist), is based on a character that Egan first started drawing back in high school, a character called ‘Blue Cat’ who he’d continually perfect over the next 10 years. 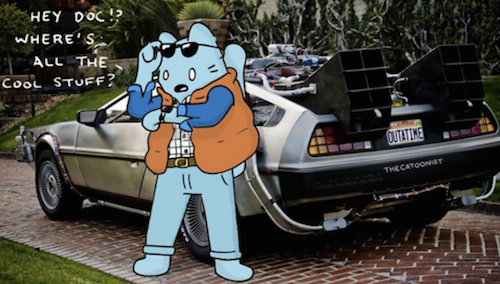 Beyond the JPEG, the Cool Cats team has done a fine job of bringing Egan’s artwork to life through various forms of utility, whether that be merchandise, colorful lore, or impressive collaborations with folks like Time Magazine. Perhaps most notably, though, they’ve delivered Cool Pets and Cooltopia, a second collection and an accordant system that allows Cool Cats owners to leverage their NFTs beyond just pfps. 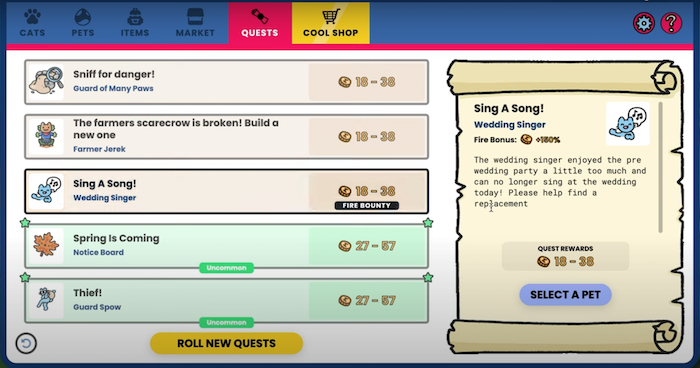 If you’re not familiar with Cooltopia, the gist is such: Your Cool Cats claim Cool Pets → your Cool Pets complete quests that give you MILK → MILK is then used to buy supplies to take care of/evolve your pet so you can earn more MILK from quests → and eventually, once your pet is fully evolved, your Cool Pet can be staked at The Adventurers Guild so that you can earn MILK passively.

And community-wise, they've certainly made their mark on the NFT space. They have an active Discord group with just shy of 100k members, they’ve received endorsements from celebrities like Reese Witherspoon, Alexis Ohanian, and DJ Steve Aoki, and, according to Inspect, they have the 10th most popular Ethereum-based PFP with 1734 people currently dawning their Cool Cat on Twitter. 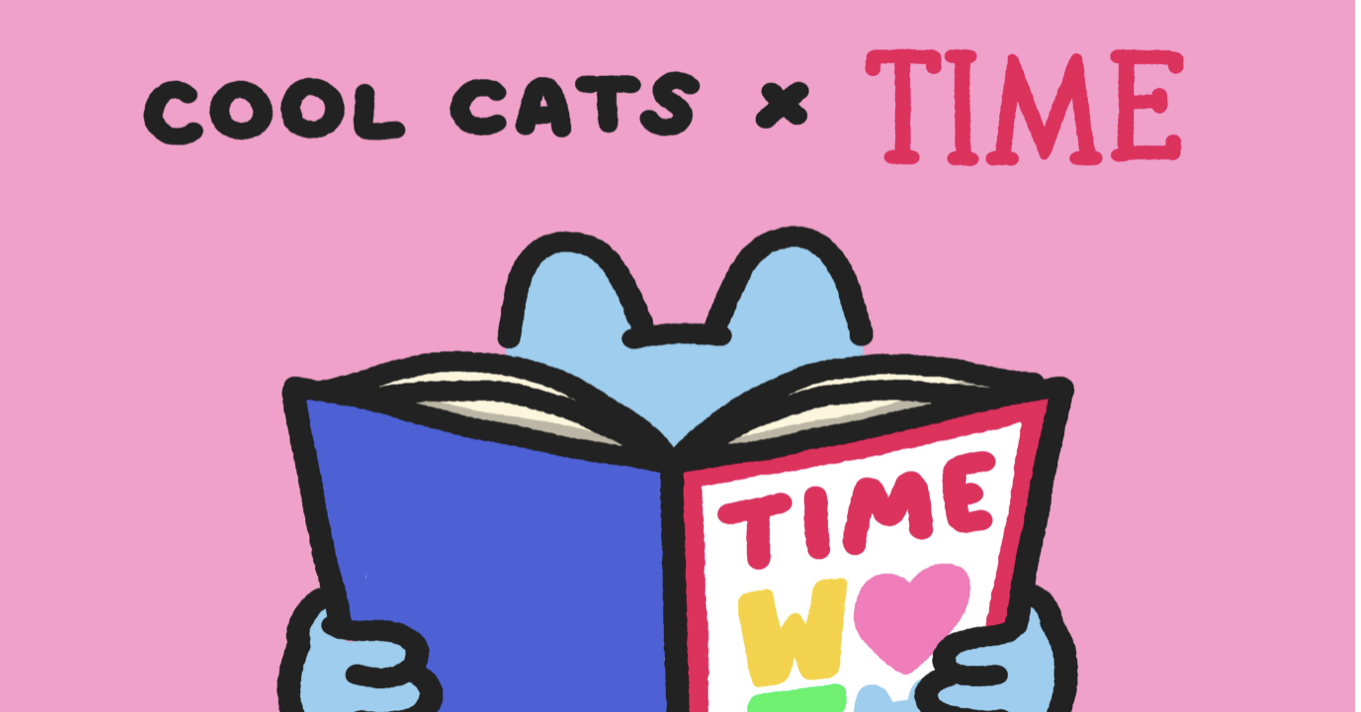 Why then, does it feel like the Cool Cats have lost their momentum?

For one thing, most if not all projects are slouching, you know, because of the bear market and all. On top of that, the release of Cool Pets initially suffered from numerous delays, first from within (problems with their smart contract code) and then from without (bots attacking their minting contract). Even after smoothing out the issues with Cool Pets and Cooltopia’s release, some have suggested Cooltopia is a bit recursive (too much farming $MILK and not enough engaging gameplay). More generally,, Cool Cats might ironically be victims of ‘The Delivery Paradox’ (we just made this up) whereby delivering on your roadmap means your project can no longer benefit from a wave of projected hype and hope.

Nevertheless, they’re not giving up. Back in March 2021, Cool Cats signed with CAA, a leading talent agency out of L.A., and they have big plans for “licensing and merchandising, animated content, brand partnerships, live events, publishing, and more.”

They're already cooking up a whole new set of characters for their collection, a new merch store, new community puzzles, new Cooltopia features (like housing and boss quests), an immersive IRL experience at NFT NYC, and CoolVerse (which will take Cooltopia to new levels with a 3D multiplayer world.)

Keep in mind, this is a community of cat-people — folks who aren’t afraid to chug milk in honor of their NFTs and folks who compromise, arguably, one of the more fervent animal sub-cultures out there. We lurked inside their most recent Town Hall spaces on Twitter, and we’ve got to admit, tonally, the community members present sounded both patient and sanguine about the future of Cool Cats.

Perhaps with NFT NYC rapidly approaching, the Cool Cats team will have a prime chance to walk-the-walk, showcase their reinvigorated, redirected roadmap, and meanwhile, the community will have a chance to come out and show just how much they ‘like the cats’.