An Oxford graduate with an M.A. in Sculpture, Fornieles first displayed the Finiliars at exhibits in 2016-17 with prints, sculptures, and digital animations. Since then, the gist has remained the same: Finilairs serve as price-proxies, reflecting the status of a currency via their health and emotions (happy when price goes up – neutral when price is ranging – and sad when price is going down), but in 2022, Fornieles made the leap to go web3 with the conceptual Finiliars, turning their designs into NFTs and embarking on the task of linking Finilars via oracle to live markets.

What’s interesting is that the Finiliars didn’t do a typical shotgun release. Instead, roughly 1000 Finilairs were sold (as ‘eggs’) in a pre-sale batch back in January 2022. Then, the funds from the pre-sale were used to hire a team that could build out the more-ambitious designs for the remaining 8183 Finiliars (816 were reserved for the artist, team, and treasury.) If you were a part of the Finiliars discord at this time, you could have observed, in real-time, the team posting about animations, texture art, and character developments they were working on. In all, the team designed nearly 40,000 Finiliars before narrowing down to their favorite 10,000 (you can survey some of that brainstorming here.)

By the time the public sale came around in August 18th 2022, the Finiliars that Fornieles had designed back in 2016 were almost unrecognizable (in a good way) – they’d become significantly more elaborate and individualized with the introduction of new traits such as: Clan (personality/aesthetic design), Family (the crypto that they’re linked to), and Frequency (how often they update their appearance).

The potential permutations within the Finiliar trait table are impressive – once you account for the various subcategories within each trait category, you can end up with some pretty wild rolls, for instance, a goth-WAVE Solana Finiliar with an hourly-frequency (pictured below), quite an improvement from the original, minimalistic Finiliars design. 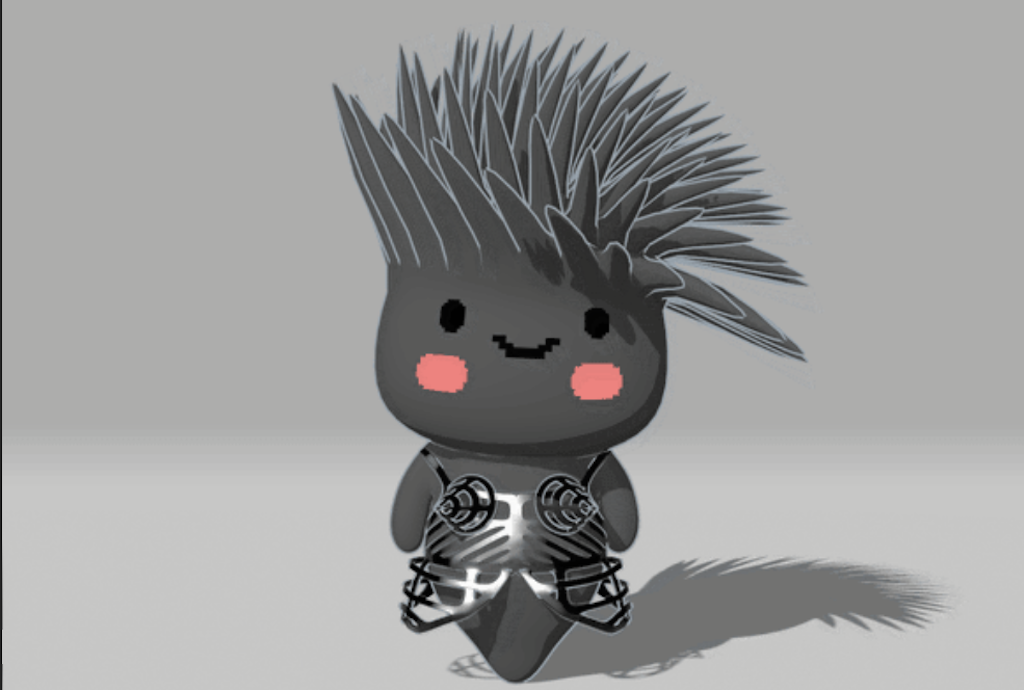 Make no mistake, the Finiliars’ cuteness goes beyond mere marketing strategy – Tulip Fever, their original promotional video back in 2016, explains that Finiliars “use proportions connected to a newly born human child” with the express goal of pushing “empathetic and financial investments to coalesce”. In other words, if you weren’t already attached enough to your favorite coins, now you can double down on that attachment by owning a ‘living NFT’ that’s financially and emotionally bonded in tow.

Now, one could debate whether it’s the art or the concept that’s creating a buzz, but degens are certainly intrigued by the Finiliars: since their public sale, they’ve seen 1.9k volume traded (with the bulk of that occurring in the last few weeks) and currently rest at a price of 0.15 Eth. 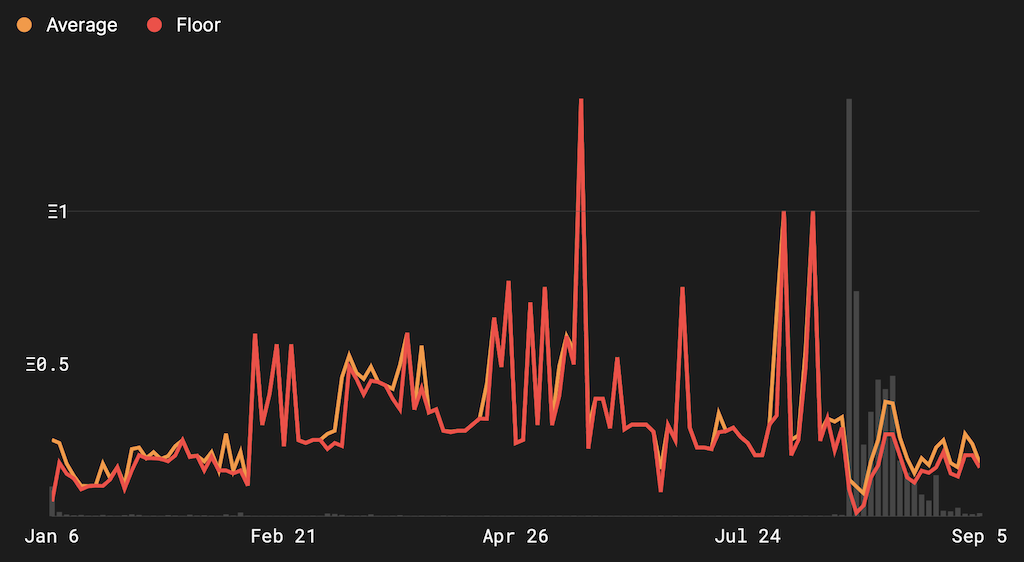 Keep in mind, the Finiliars team is in the process of building dynamic animations and linking the cute proxies to price oracles, so for now, there’s nothing but smiley faces. The big question will be: what happens after the Finiliars are moving seamlessly in tandem with price oracles… then what? For one thing, we do know that holders will be given full commercial rights à la Bored Apes, so perhaps they’re hoping the community will get creative.