Just over a week ago, the Flip team, with bellies full of New-Mexican breakfast burritos and brains tuned for unique aesthetics, rolled through Art Vault’s ‘Networked Nature’ and ‘Saint Somebody: Technologies of the Divine’ exhibit in Santa Fe, New Mexico.

Like a group of students on a chaperone-less field trip, we quickly broke out in separate directions and scoured the two-story gallery.

What we saw was digital art, yes, but digital art that inverted our concepts of what a gallery could or should be:

‘Daily Times (Performer)’ by Siebren Versteeg, a digital canvas, refreshed each day with the front page of The New York Times, that is (throughout 24 hours) digitally painted over by AI (which, if you really leaned into, you could even see the AI’s virtual brush stroke marching along the canvas). 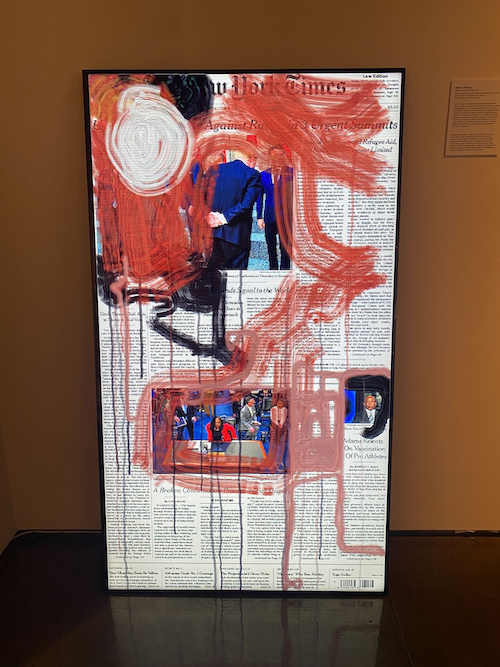 Peter Sarkisian’s ‘LINEAR9’, an installation comprised of nine resin sculptures projected over with 67 minutes of audio and visual featurettes. Each interactive sculpture containing an allegoric scene that, together, string a narrative of human evolution, discovery, and fumbling. Pictured below is a screenshot from the eighth of nine sculptures, an era where mankind finds himself cleaning up the mess of civilization — in a hazmat suit, nonchalantly tossing chunks of apocalyptic debris into a black hole that continually threatens to swallow his left leg. 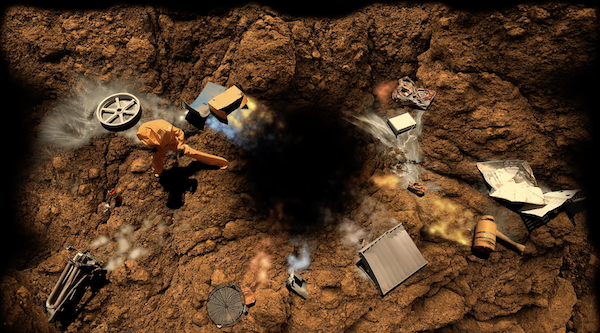 Carla Gannis’ ‘The Garden of Emoji Delights’, a digital triptych print that marries renaissance-esque imagery of sprawling lawns and picnics with modern iconography (including keyboard emojis that Gannis believes function as a “contemporary glyph system”.) The still version of this piece, seen below, is an homage to Hieronymus Bosch’s famous triptych ‘The Garden of Earthly Delights’; however, Gannis also created an animated version to further play with and critique “the slippage of signifiers.” 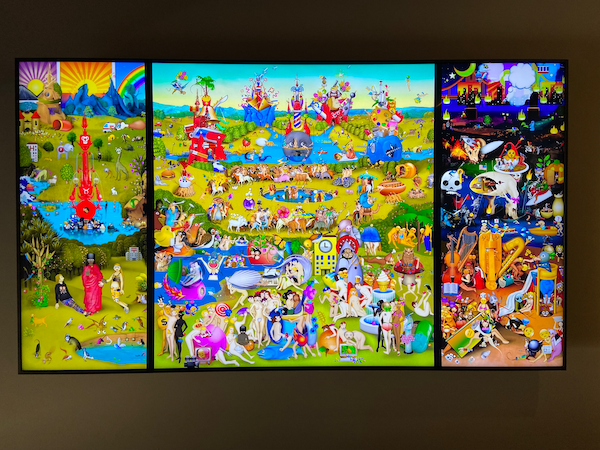 We could go on; dozens of breathtaking installations, each distinct in their digital application.

As far as the space itself, the Art Vault was quiet, wide-open, surgically clean, and had skin-warming sun pouring in through two loading-dock windows. Overall, a nice place to meander with a group of friends and calmly digest a 900 calorie breakfast burrito.

By the time you leave, you're struck by just how much of your daily digital diet (including jpegs) comes from an isolated and standardized device. Constantly hunching before your iPhone’s blue light, it’s easy to lose a sense of awe for technology, but art galleries like this one are a punching reminder that digital is not necessarily a replacement for _physica_l, but rather, a complement.

You know what . . . let's run with that idea: if digital art is a complement to physical space, then what does that mean for NFTs and galleries?

Even talking about NFTs in physical space can be tricky because we have to consider what’s actually being displayed or referenced.

The NFT itself is not the work of art. Rather, the NFT is a superior, digital receipt pointing to the record and ownership of the artwork. So, unless we’re looking to display smart contract code on a blank white wall, we have to change our thinking about what it means to display NFTs physically.

Let’s say a gallery wants to show a CryptoPunk.

They could follow the Art Basel Miami approach and simply upload a CryptoPunk to a digital canvas (like the ones offered by Blackdove.) 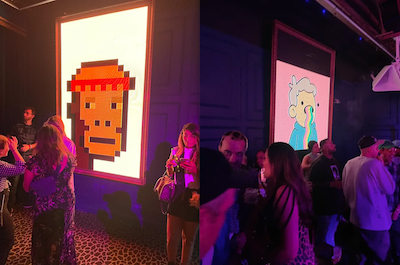 Or, they could print and frame a lithographic copy, as HOFA did for their Portrait of an Era exhibition. 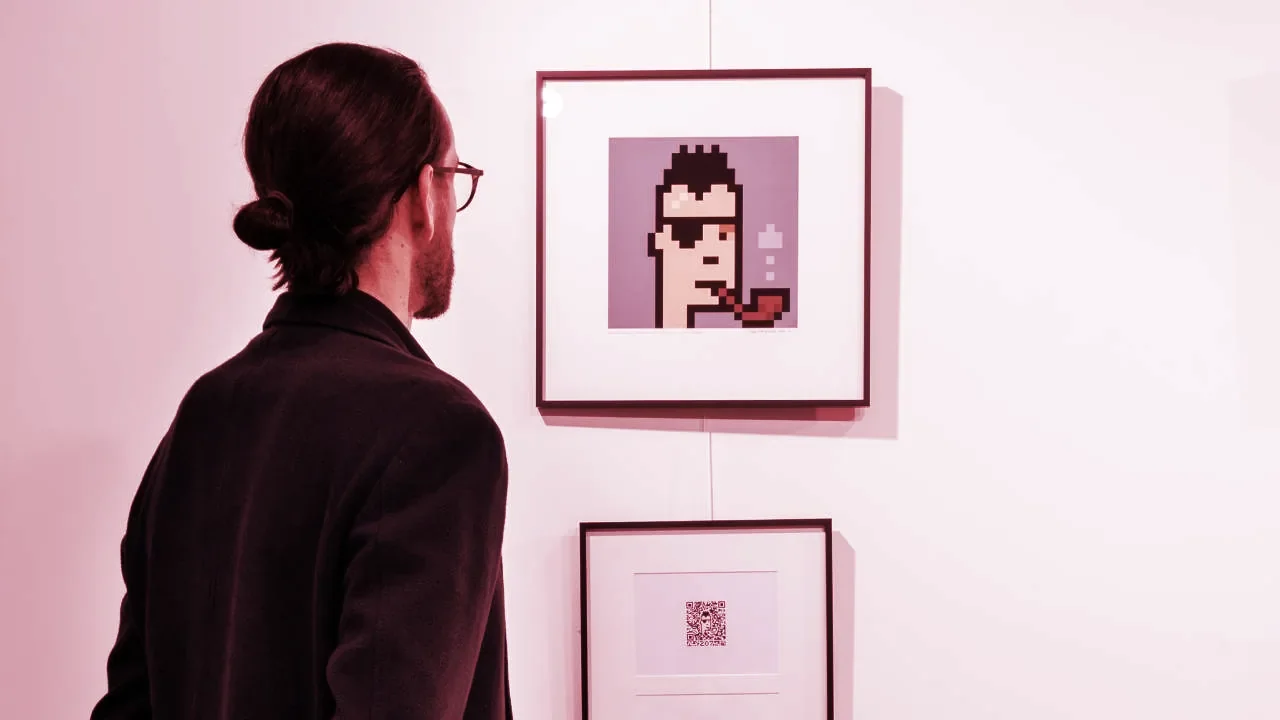 Because most NFTs are designed for marketplaces that limit file sizes, the methods above would require higher-resolution copies for display. No big deal, the artist just makes a more detailed proxy for the original NFT, but it’s a caveat that requires clarification — a bit like how cereal companies clarify that the Honey-Nut Cheerios pictured on the front of the box are enlarged for advertising purposes.

And if tampering with the original artwork is too much, you could probably argue that galleries don’t even have to display a copy of the NFT artwork. Instead, have artists create a separate artifact that pairs with the NFT. Something akin to what Taylor Good, also known as "Warhodl", did for a pop-up at Bitcoin 2021 where Good created physical soup cans symbolically tied to his NFT art. 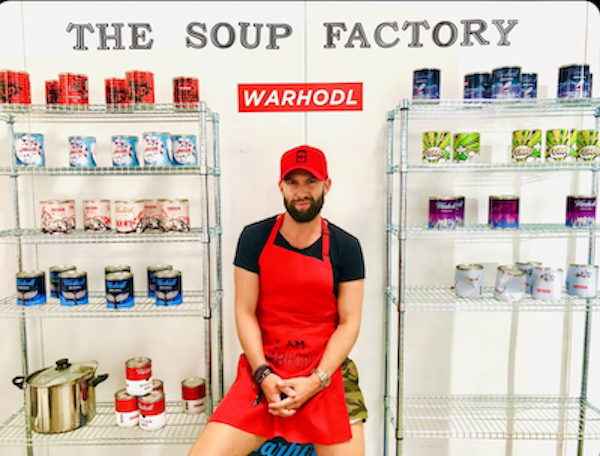 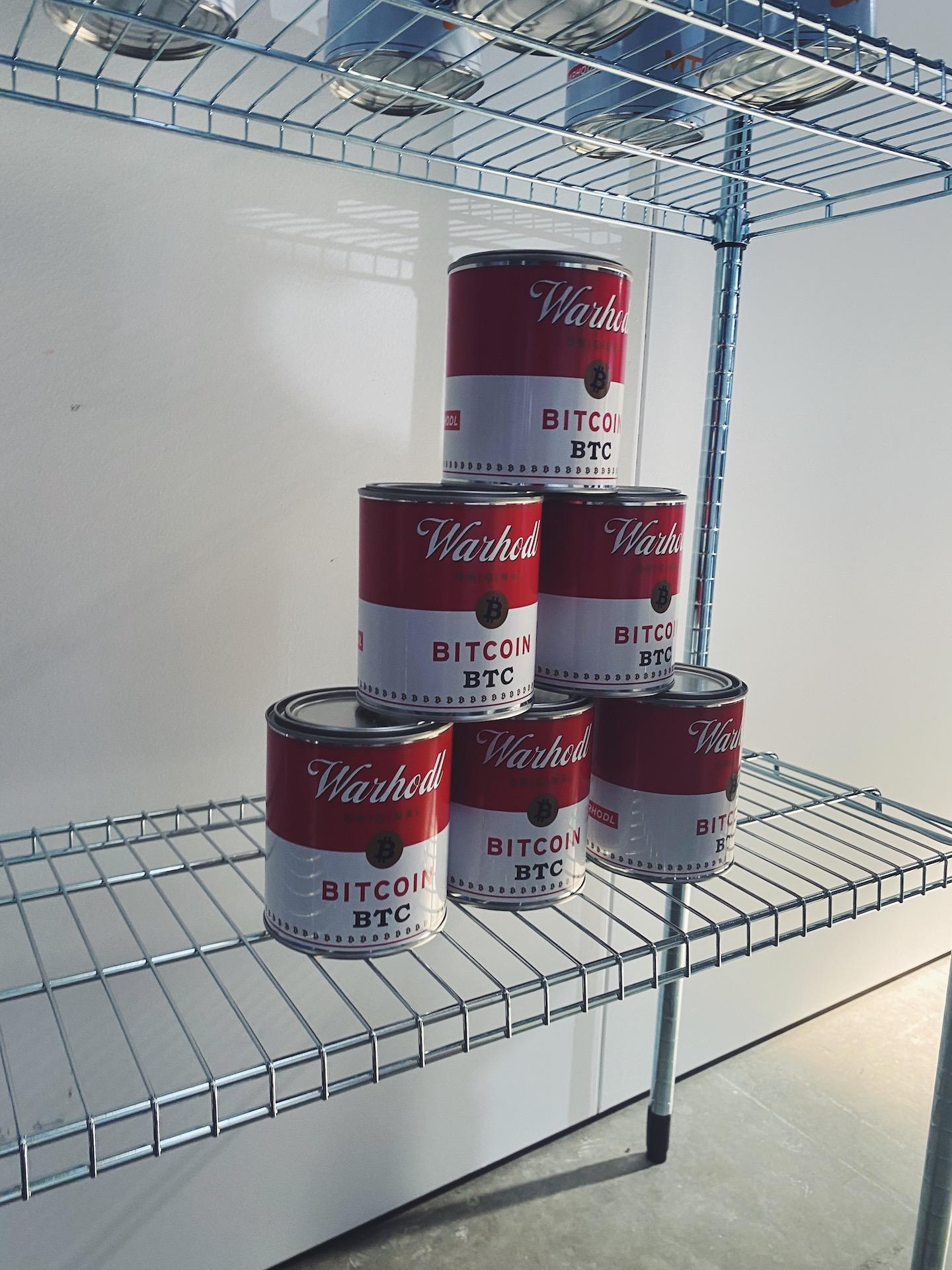 And while that might seem annoying for artists — having to create a separate artwork to display your art — at the very least, it’s a chance for artists to add a further layer of personalization.

On the other hand, it’s the galleries who will genuinely have to wrestle with second and third-order consequences:

How does NFT artwork affect the layout of the gallery? Galleries can push traditional artists aside for some time and solely display NFT artists using digital frames like Unit London did for NFTism: No Fear in Trying. OR, they can utilize physical prints and a mixture of traditional & NFT artists as HOFA did for their ‘Portrait of an Era’ exhibition.

If a gallery goes the route of digital canvases, then how many artists do they feature? Unit London had up to 20 artists displayed on one wall at their NFTism exhibit. That might seem like a lot compared to traditional art galleries, but with digital canvases, there’s no reason you can’t have multiple artists sharing one wall or even one frame. Nonetheless, they’ll have to figure out the calculus for giving each artist a fair allotment of screen time.

How do they handle payments/transfers for artworks? Galleries looking to stack crypto could create and curate an interactive marketplace for their featured artists. In essence, you’d view the art at their gallery, try on the shoe, and then bid for it with crypto online. Conversely, galleries could remain old school and accept fiat via card or wire transfer. But, if they go the fiat route, they have to figure out the NFT transfer separately — perhaps like HOFA did where they’d provide you with a sealed envelope containing the NFT wallet’s seed phrase.

How much commission does the gallery take? Early on, we could see NFT commissions being relatively variable between different Galleries. Honestly, it depends how much time and money they’re putting into promoting artists vs. how much value they’re returning. Considering NFT exhibitions can display more artists per square foot, as well as save money on authentication and general overhead, it seems reasonable that artists will take home an increasing slice of the profit pie. Case in point, Superchief, has opted to take a 15% cut of NFT sales compared to the ~ 50% cut typical of galleries.

Galleries have good reason to be both cautious and excited about NFTs.

Sure, it might take them a few seasons to get used to NFTs and what that means in terms of business, organization, and finance. But once the logistical wrinkles have been ironed out, galleries could ultimately benefit from the tailwinds of cheaper management costs, superior authentication, and access to a whole new swath of artists.

If even for the meme, wouldn’t it be fittingly ironic if digital artists and NFTs became the catalysts that began a booming epoch for physical galleries?