The Scoop on Frosties 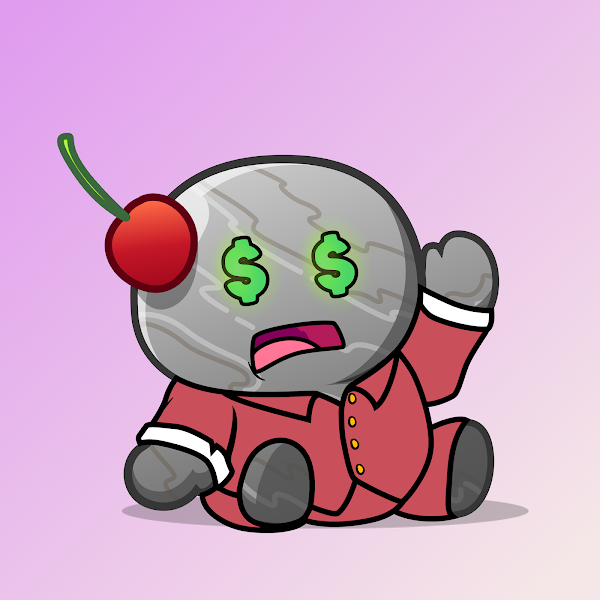 Another one bites the dust.

Last week, Ethan Nguyen and Andre Llacun, creators of the Frosties NFT collection, were arrested and charged with conspiracy to commit wire fraud and money laundering (up to 20-year sentences.)

Frosties is proving to be an unfortunate, albeit cautionary case study within NFT scams.

The Frosties collection had all the exoskeletal traits of a solid project. You had a lively community of close to 40,000 people, a portfolio of 8,888 profile-pic-ready, ice cream scoop NFTs, and a promising roadmap with plans to build a metaverse game, staking, and breeding.

And sure, one could argue that the Frosties’ creators’ anonymity was an early red flag, but then again, anonymity is not cause alone to avoid a project — many great crypto and NFT projects were, at one point, created anonymously. The internet requires trust.

On January 7th, 2022, the Frosties pre-sale went live and those fortunate enough to get on the whitelist finally got their Frosties. Hey, even the gas fees were refunded for whitelist participants. How nice of them! Folks accordingly took to Twitter to praise Frosties further.

The next day, on January 8th, everything went swimmingly. Within an hour of the public sale, Frosties had sold out all 8,888 NFTs at a mint price of .04 Eth.

By January 9th, the discord group for Frosties had mysteriously been disbanded and a cryptic tweet reading: “I’m sorry” appeared shortly before the Twitter page was deleted as well. Seasoned NFT collectors immediately recognized this as bad news, swallowed hard and moved on, while many newbies remained hopeful that this was just some big misunderstanding.

However, any remaining hope was lost when a screenshot of an alleged message to a Frosties community moderator from Nguyen appeared on Twitter. The message began: “I know this is shocking, but this project is coming to an end. I never intended to keep the project going, and I don’t have a plan for anything in the future”. See the rest below. 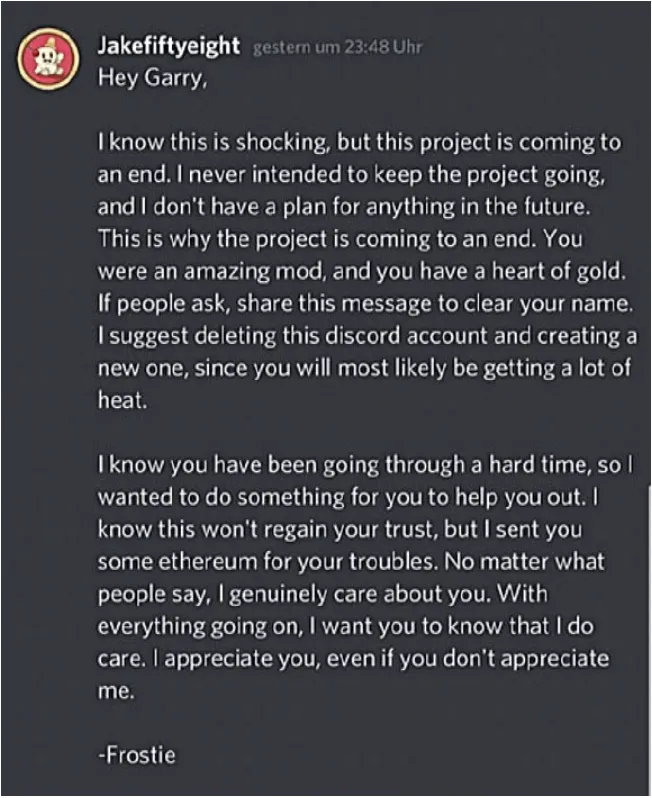 Meanwhile, $1.1 million worth of Eth was being quietly whisked away from the Frosties project wallet. Utilizing address hopping, peel chains, and mixers like Tornado Cash, the funds were broken down into smaller balances and laundered to obfuscate their final destination. Perhaps some of this money was going toward the creation of a new NFT project, Embers, by the creators of Frosties.

Ironically, this attempt to hastily launder Frosties’ funds later provided prosecutors with the ant-trail of evidence they needed to help take down the creators. One person who helped investigate the Frosties case, Mike Fasanello, then director at Blockchain Intelligence Group, said, “The digital assets space is proving to be a more transparent system than fiat could ever hope to be.”

Does this mean the Frosties fallout could be interpreted as a net-positive event for the NFT space?

On the one hand, the Frosties creators being caught could act as a warning call, hopefully dissuading potential rug-pullers and scammers within the NFT space. On the other hand, it could help dispel the mythic belief that crypto is a blessing for criminals and money launderers.

In the meantime, several Frosties investors are busy attempting a bottom-up repair of the community by wrapping the Frosties tokens and spinning a new collection called ‘Cutie Pies’. Given the momentum loss, it won’t be an easy road, but more power to them if they pull it off.

Needless to say, Frosties is a cautionary reminder — both a reminder that we’re early and that part of being early means wrestling with danger, but also a reminder that not all criminals exude evil outwardly; some of them wear cute, ice-cream scoop NFTs as their profile picture.

Stay safe out there, Flip Family.