Just over a week since release and weighing in at 116k Eth volume traded, Moonbirds is the second project out of PROOF, second to PROOF Collective, which is essentially a high-roller (originally a few Eth to mint a pass, now a 104 Eth floor) club with an exclusive discord group and premier, curated access to mints, events, and alpha for the NFT ecosystem.

In contrast to PROOF Collective, Moonbirds were PROOF’s first stab at a traditional pfp NFT collection, and were designed accordingly to be a ‘product playground’ focused on having fun, experimenting, and extending community benefits to a larger audience.

Artistically, the Moonbird collection is fairly simple, but simple in a deliberative way like that of earlier projects CryptoPunks and CrypToadz who utilized similar low-res pixelated designs. Nevertheless, we’re convinced it's the perks, not just the art, that’s driving their popularity.

What’s really got people chirping about Moonbirds is the ability to “nest” them, similar to staking, where you lock your Moonbird in exchange for rewards. Except, it’s a bit more sophisticated than staking; for instance, your Moonbird can achieve ‘new tier upgrades’ and ‘upgrade their nest’, both of which impact the rewards you accrue. What’s truly novel about this nesting feature is that it rewards people relative to the amount of time they've had their Moonbird locked. In contrast, many staking protocols or airdrops don’t account for time spent holding (e.g., BAYC’s APEcoin airdrop to holders; it didn't matter if you bought a Bored Ape two weeks before the APEcoin drop, you’d still get the same amount of tokens as someone who’d held for nearly a year.) If it works, this nesting feature could create a wicked, positive feedback loop that bolsters insane loyalty via rewarding people for their long-term holdership of Moonbirds. 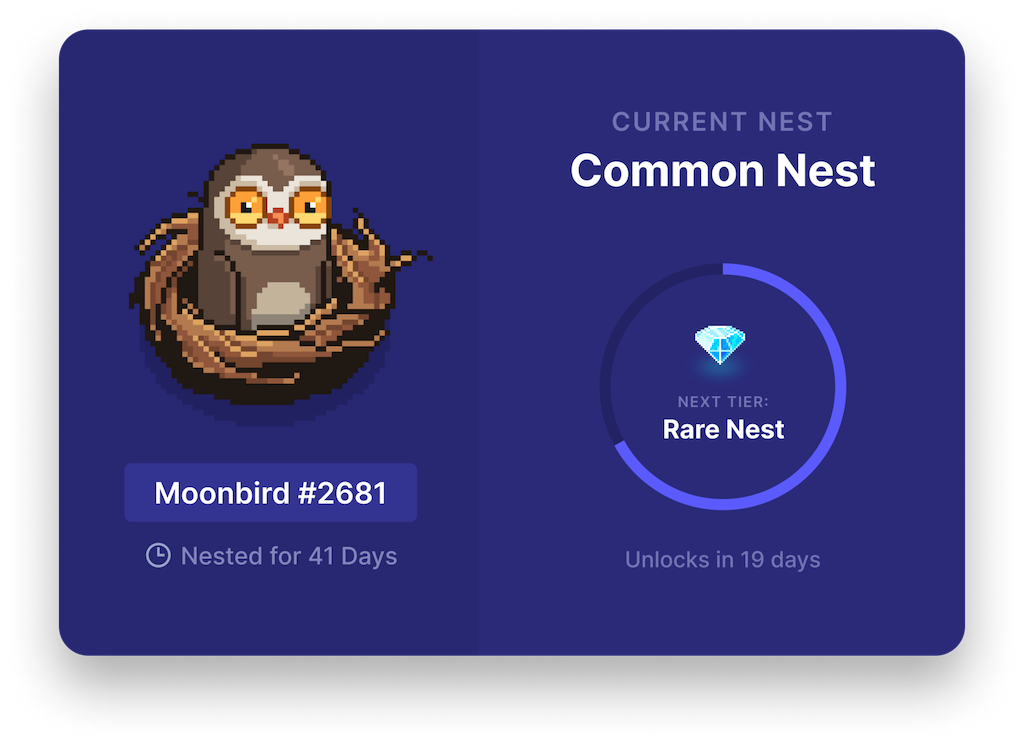 It gets even more nuanced, though. The team has hinted that they want each Moonbird’s respective attributes to play some role in what rewards are allotted (for instance, founder Kevin Rose offered a hypothetical example where: if you have a Moonbird with a space helmet nested, you might be rewarded with admittance to a Space X Tour.)

Additionally, the PROOF team has ‘Project Highrise’ in the works, a metaverse that distances itself from the pack as a “dramatic departure from the existing 'never-ending' worlds that feel like a digital ghost town,” and which Moonbird holders will have first access to. That’s really all they’ve provided for now; the team sounds incredibly excited and confident about ‘Project Highrise’, but also exceptionally careful about leaking details. Apparently, it's just that good.

Whatever they’re cooking up, the market seems to agree that Moonbirds are bullish indeed. After minting at a hefty 2.5 Eth Price on April 16th, OpenSea saw its highest daily volume in over two months, and since, the Moonbirds price has steadily gone north to where they are today, resting at a 30 Eth floor.

On the high end, some rare Moonbirds are fetching insane prices, like this rare bird pictured below on Flip, recently sold for a whopping 350 Eth: 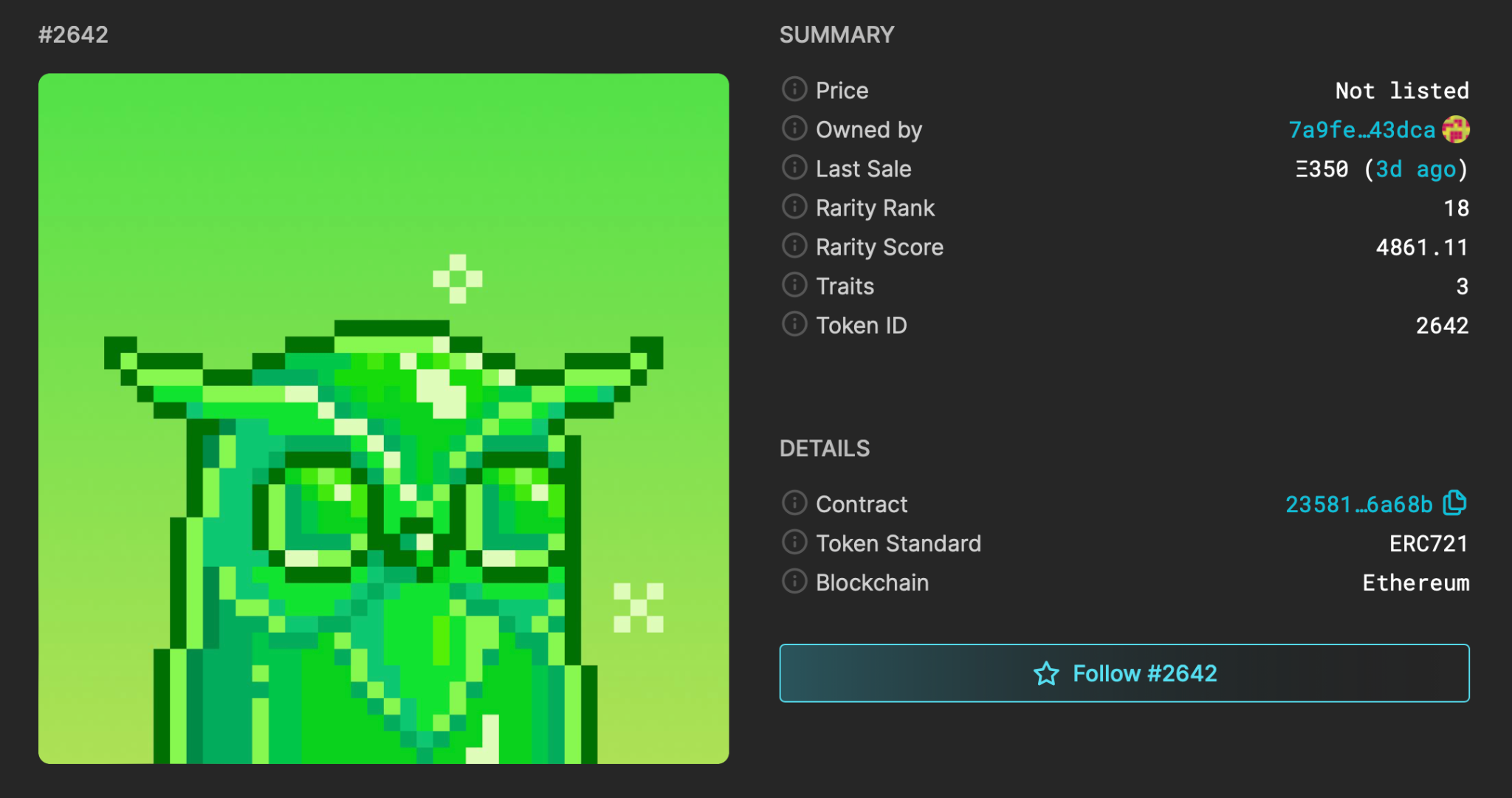 Now, whether or not this momentum will last, that’s a multivalent question that would be hard to answer at this early stage for Moonbirds.

In an interview with Bankless, the team behind PROOF Collective and Moonbirds was rather explicit about the fact they’ve all built and sold companies before, meaning they saw no point in creating Moonbirds to simply be a quick turnaround and cash-out project. Quite the opposite, they declared that 100% of the capital raised from Moonbirds will go right back into building out the project and community long-term. Or, as Kevin Rose put it: “we’re swinging for the fence with this one.”