Murakami: The Man & His Flowers

It depends — sometimes, knowing about the artist behind the art can actually opacify the observer’s experience of a piece of art.

Other time’s, knowing about an artist can add contextual color to their works.

That said, we’re not going to do a full vitae on Murakami; however, before we get to Murakami.Flowers, there’s a couple biographical bullet points about Murakami that we think you might find interesting in the context of his NFT collection.

Back in 1979, at 17 years old, Murakami had just finished secondary school in Japan and had elected to attend art school with the hopes of being an animation, anime, or manga artist — equally though, he admits that he chose art school because he was nearing the bottom of his class academically, and well, the application for art school was a drawing exam.

After multiple application attempts, Murakami ended up at The Tokyo University of the Arts, where he eventually pivoted his animation-ambitions and instead majored in Nihonga (traditional Japanese painting) in no small part due to its having one of the most favorable acceptance rates out of any department within the university (for instance, he references that Oil Painting and Design Departments received 55 to 65 times as many applicants as the less popular ones like Japanese Painting (Nihonga)).

Now, whether his decision to study Nihonga was due to fate, practicality, resignation, or a mix of the three, who knows, but it's a decision that comes with incontrovertible significance. Reason being: Nihonga students were required to focus rather acutely on painting “traditional themes of natural beauty”, themes such as: snow, the moon, birds, wind, and …. and flowers.

It would be super fitting to have some story to insert here about how Murakami came to a grand realization that Flowers were going to be a primary subject in his life's work — but the reality is rather undramatic — Murakami has said “[I] personally loved flowers, so I studied a lot about them.”

And while Murakami would end up rebelling against most of his classical Nihonga training, citing that it was a field rout with “inferior imitations of impressionist [paintings]” — it’s certainly interesting to ponder how the artwork for M.F. might be, either indirectly or directly, related to a relatively uninspired decision he made to study Nihonga over 40 years ago.

Our second biographical bullet point is that: Murakami grew up in what’s referred to as post-war Japan, a period where/when Japan reckoned with defeat on an international scale, as well as rebuilding from the destruction laid down by two atomic bombs.

According to Murakami, besides literal destruction, Japan’s defeat in WWII had a compressing impact on the tone of their culture and the type of art that Japanese artists produced:

"Thinking about the reality of Japanese drawing and painting and how it is different from Western art — what is important in Japanese art is the feeling of flatness. Our culture doesn't have 3-D."

Murakami would later re-label and re-animate this post-war Japanese mood through ‘SuperFlat’, his “aesthetic concept of social construction by the defeated” — basically, an amplifying of the defeated’s story through vibrantly-colored, 2D art that evokes a sort of trampled-on-but-begging-for-recognition vibe.

And not only would he use Superflat to broadcast a message to the victors (the west), but because he left Japan for NYC early in his career, Superflat would also serve as his rebuttal to Japanese art, both ironically highlighting their restrictive style and prodding them toward contemporary aesthetics.

By this point in the article, two things at least should make a bit more sense: One being why the flowers. And two being, why the flat design.

But, what’s the point of him having an NFT collection?

For starters, much of Murakami’s career has focused on blurring the line between high and low art — nowadays though, with artists like Banksy splashing the high art scene, it feels safe to say that line is already heavily blurred. Instead, with M.F. Murakami hopes to blur a new line, namely the line between contemporary (physical art) and web3 (digital art).

Notably, in an interview with Architectural Digest, Murakami said he wasn’t all that interested in web3 until the early stages of the Covid pandemic, during which he spent ample time observing his children playing a Nintendo game called ‘Animal Crossing’. One of the things he noticed was that his children made no distinction between real-life events and in-game events (if there was a fireworks show in-game, they planned for it the same way they would for a physical event; i.e., texting friends and coordinating) — which got him thinking, this must be the leading edge, the fusion of virtual and physical categories.

Now, how exactly he’ll help blur the contempary-to-web3-line remains a partial-mystery — besides an original aesthetic, to date we’ve seen merchandise (like Hublot’s digital watch & a work-in-progress children’s game), physical prints, and IRL events (like Gagosian NYC) — but overwhelmingly M.F. seems to be fulfilling more of an ‘art is the utility’ role. 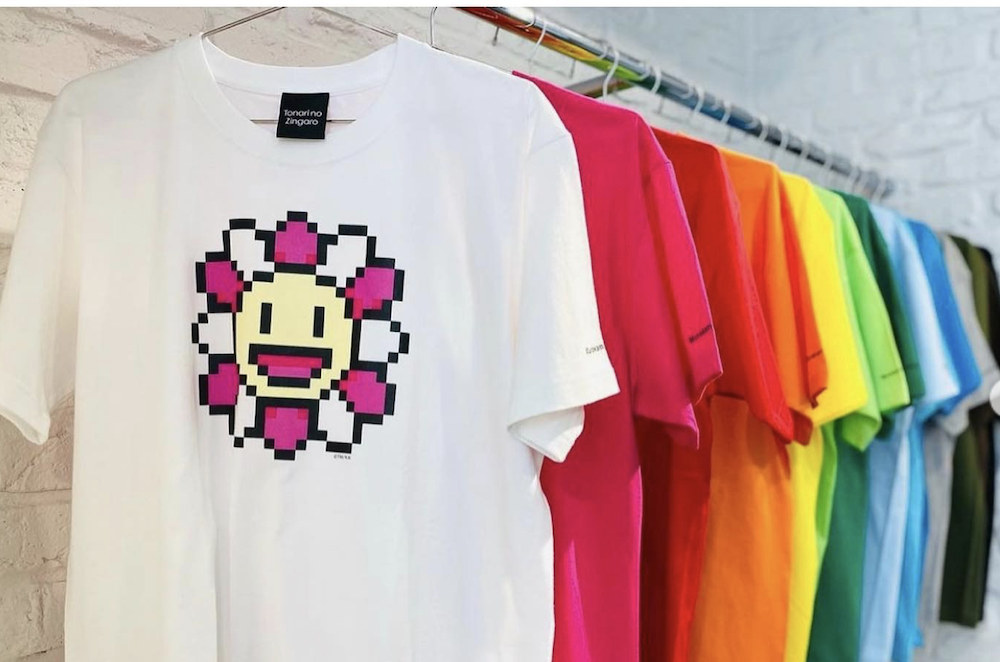 At the same rate, it could just be too early to categorize M.F. — Murakami has said: “I am constantly thinking about whether the value of my work can effectively be sustained for as long as possible after my death” and that, “my artworks are designed so that their mechanism would start working after my death.”

Indeed, if Murakami’s abstract pictorial roadmap does pan out over a much larger time frame, then the current size of M.F. (with 17k Eth volume traded and a 3.5 Eth floor price) would be equivalent to a digital seedling. 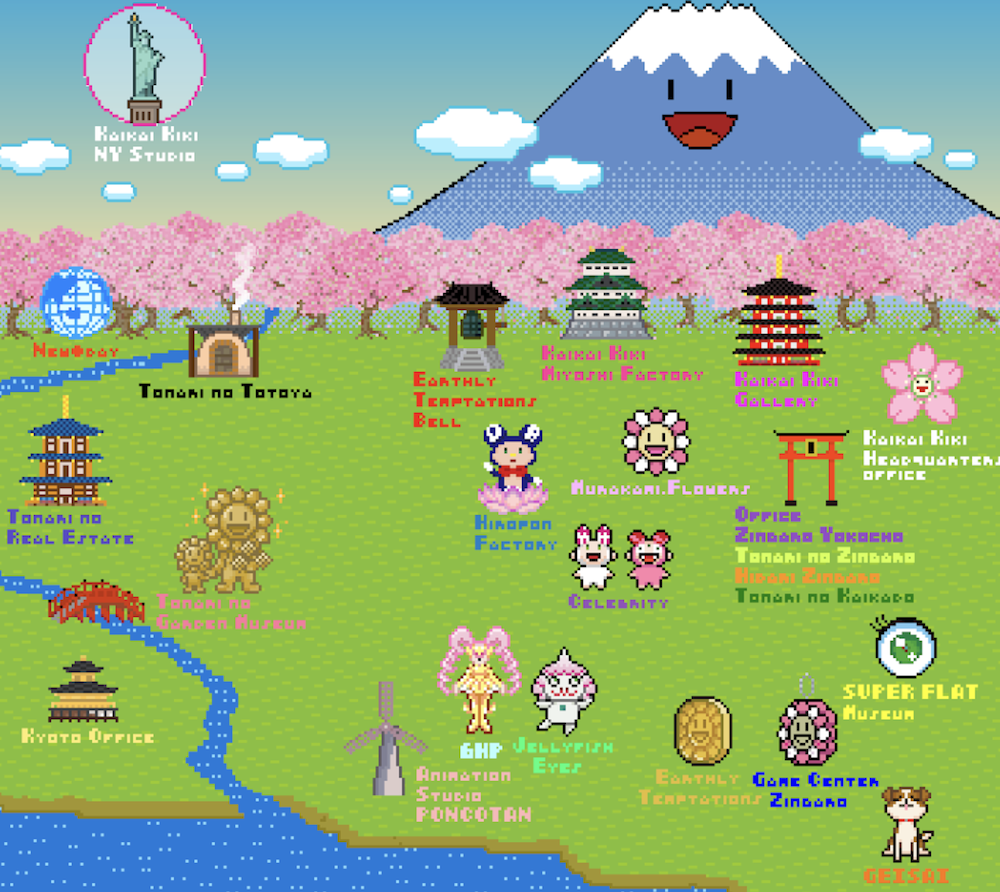