Listen, Pixelmon might be disappointing but it’s not altogether sad.

Once you wade through the wreckage of the Pixelmon fiasco, in some weird way, you could leave with a smidgen of hope . . .

According to their website, Pixelmon was projected to be “the largest and highest quality game the NFT space has ever seen.” And to be fair, their gameplay trailer was pretty stunning; a mystical mix between Minecraft and Red Dead. If you haven't yet, watch the trailer and see if you can mentally justify how Pixelmon raised $70 million in anticipation of their recent artwork reveal (3 eth per mint).

A hyped-up AAA-quality, play to earn game with staking rewards and promises of a land airdrop . . . rightly, some people must have been thinking this could be the metaverse.

As we now know, the artwork release was, well, not great. The Pixelmon NFTs were indescribably rough, like a trading pack of non-fungible Frankensteins, and prices immediately began to reflect the fact.

As you might expect, the founder went to work on his keyboard, putting out PR fires across social media — even going so far as to explicitly admit the NFTs they released were rushed and of “poor quality”. And yet, his soft-pedaling can’t help coming off as sort of disingenuous, especially considering he’s recently been accused of using Pixelmon funds to scoop up superior blue-chip NFTs like BAYC, Clonex, Azuki, and Invisible Friends.

What’s that line from Margin Call? “Be first, be smart, or cheat.”

It sounds like Pixelmon’s founder was the first out of this fire. 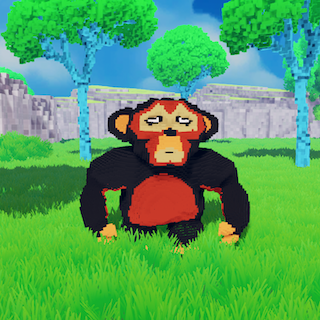 Unfortunately, that was just the beginning of the shitstorm for Pixelmon. As days rolled by post-reveal, more accusations came into view — folks suggesting that Pixelmon jacked other’s art, poorly paid, and failed to inform a contracted artist that their artwork was going to be resold as NFTs.

It's tough not to jump to conclusions here. We saw the NFTs, and while they’re not much, they also aren't nothing. Clearly some effort was put in, titivation was missing, but the question is: with what intention? Was this merely a flop or an intentional rug-pull? It seems unlikely that we’ll get a definitive answer.

What’s undeniable however, is that for many folks who bought in, the perpetual apologies and reshuffled promises from Pixelmon are not enough. After all, they are the ones bagholding at a 0.24 Eth floor price.

We should clarify though, while the vast majority were indeed burned badly, there are still a select few Pixelmon NFTs that popped off . . . 115 out of the 10,000 item collection to be precise, the “Kevin” species, are quite popular. 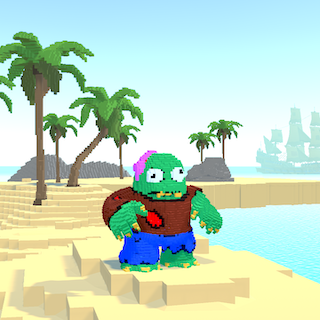 A hulkish creature composed of cuboid chunks of green, brown, and blue, paired with a turd-like strand of angsty purple hair, some scattered bits of gold keratinous nails/teeth, and of course the exotropic eyes bulging out toward the tropical horizon . . . the Kevins are now one very ugly, albeit, expensive meme.

Going for anywhere from 2 to 6 Eth, the Kevins have spawned countless layers of satire and inspired numerous spinoff collections, of which collections, the Kevin Punks aren’t all hot-air.

Tradfi and Sotheby veterans are neurotically scratching their heads in disbelief — no amount of financial algorithms or art-history degrees could have predicted the Kevins’ popularity.

And while we here at Flip empathize with the many non-Kevin-holders who lost money on Pixelmon (some are in the room with us), we do believe Kevin represents a thin silver lining.

Namely, even if the Kevins eventually brodie into oblivion with the rest of the Pixelmon collection, what’s still hopeful was the NFT community’s ability to briefly make Kevins levitate multiples above the floor price. That’s resilience, and that’s why we believe the community of degens are sustainable nihilists. Not the kind of tired nihilists that moan about the weight of existence and chain smoke ciggies next to a Dunkin Donuts in a strip mall parking lot. This is the good kind of nihilism, the kind of nihilism that says: if there is no meaning to be found, if Pixelmon was a rug-pull, then why not boost Kevins to high-art status?

For that, cheers to Kevin.