Pudgy Penguins: I Get Knocked Down, But I Get Up Again

Originally dreamt up by a team of four college students, Pudgy Penguins are an 8,888 item NFT collection on the Ethereum blockchain.

Of the 8,888 penguins, five are 1:1 (not randomly generated; instead, entirely hand-drawn by the artist.) These five now go for many multiples above floor price and include: the ghost costume, the shark costume, the opposite-facing penguin, the banana suit, and the pineapple suit.

Publicly released (at a .03 Eth mint price) on July 22nd, 2021, Pudgy Penguins impressively waddled off virtual shelves and sold out within 20 minutes.

The success of their public sale was just the beginning, though, and would continue over the coming weeks as the penguin’s price went parabolic in early August.

This price rise was further fueled by the publication of a New York Times article: “I Joined a Penguin NFT Club Because Apparently That’s What We Do Now.”, on August 12th.

By the next day, the penguin’s floor price rose accordingly to 2.3 Eth.

It was an NFT-dream scenario. The cute, elliptic penguins received droves of mainstream media attention from CNBC, Bloomberg, and a host of other news outlets. A cherry on top being when Stephen Curry, NBA star, joined the community and briefly changed his Twitter pfp to a Pudgy Penguin.

But after their burning moment in the spotlight, the penguin hype chilled out and the floor price ranged for months around 1 Eth.

Their next bullish wave would not come until late 2021 and early 2022 (topping at ~2 Eth floor) following a host of meaningful events, which we unpack in this article.

Today, April 12th, Pudgy Penguins are trading similarly at ~2 Eth floor; however, the data only provides partial-justice to their comeback story . . . 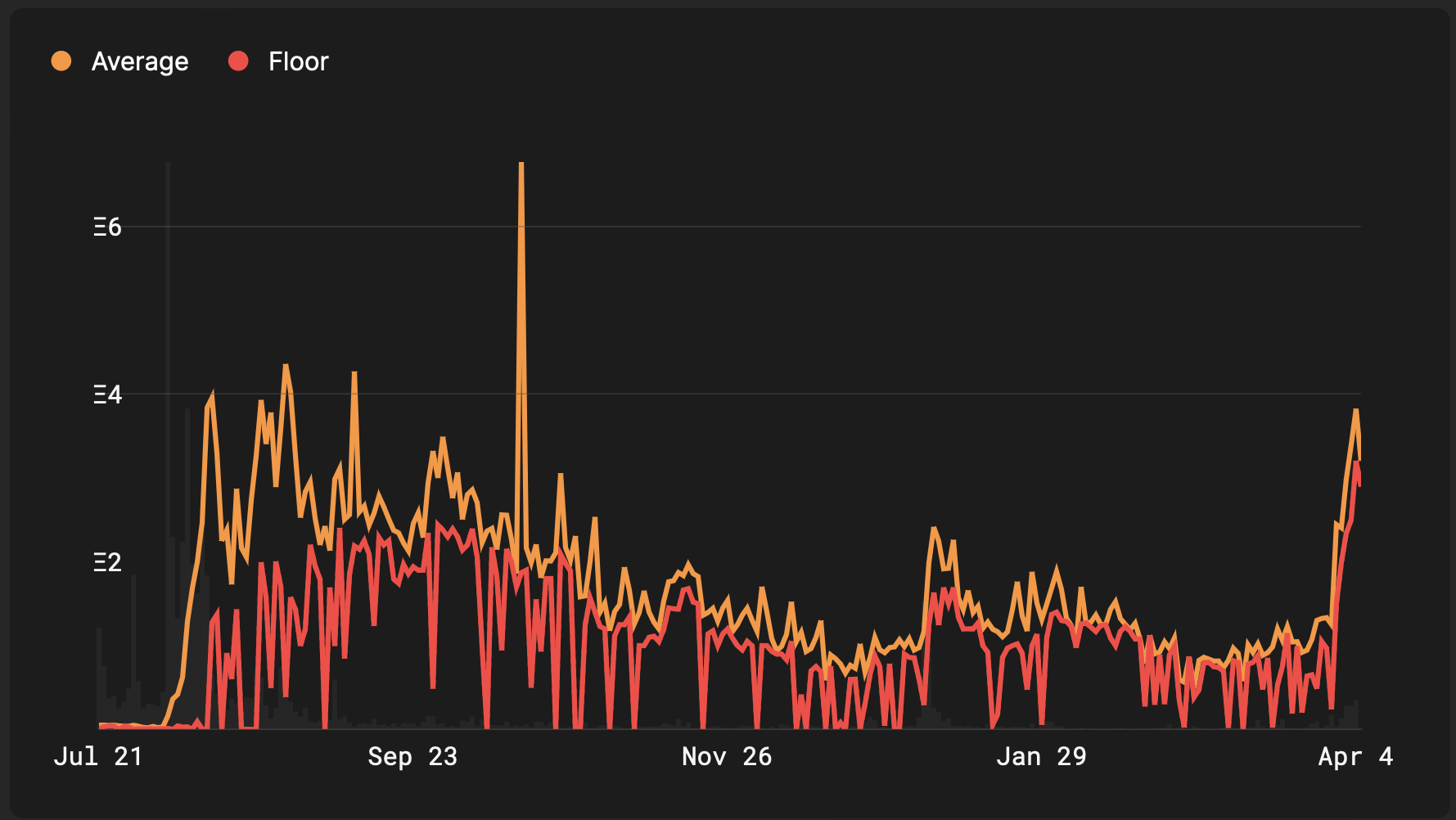 The Crack In The Ice

Price action aside, the fact that Pudgy Penguins are still kicking is a firm testament to their digital kinship. After all, the community has been through a rollercoaster year with endless debate over leadership and direction.

The earliest Pudgy Penguins roadmap promised things like a radio station, rarity tools, charity auctions and monthly airdrops — but, those plans were later retracted as Cofounder Cole announced that they’d “destroyed the roadmap for legal reasons” and clarified, “Pudgy Penguins are just cute art, they are not investments.” Ironically, that too was eventually reversed and another roadmap emerged in the fall of 2021 with fresh promises for airdrops, a childrens book, a coloring book, and an ice-fishing game in the future.

The aforementioned flip-flopping made the fall of 2021 an uncertain epoch for penguin holders — yet the community stuck together for warmth by waiting for the reveal of Lil Pudgys and Pudgy Presents (both of which were slated for late December.)

December was not what they’d hoped for, though. News broke midway through the month that Darth, also known as @coldpizza_xyz, a key moderator in the Pudgy Penguins discord, had approached the founding team with hopes for a raise and the idea for a community wallet to collect royalties. Apparently, it didn't go well.

Darth took to Twitter spaces where he expressed distaste over being underappreciated (financially and team-wise) and that cofounder Cole allegedly offered a 1 Eth bribe to keep things quiet. In the end, Darth didn’t remain a moderator. And besides a brief public statement from the team, the founders tried to reposition attention toward their upcoming releases.

Still shaken from events of week’s past, on December 15th, claiming for the Lil Pudgys collection went live. They were equally cute as their predecessors, but prices reacted mildly and unassuredly. Perhaps many folks were still banking on the Pudgy Presents airdrop and the game promised in the redrafted roadmap.

However, the Pudgy Presents revealed on December 25th to similarly mixed reactions. The long-awaited present was: a fishing rod. Unfortunately, a spelling error made the item appear as ‘rog’ instead of ‘rod’, which you can imagine, spurred all manner of rug-pull jokes.

Penguin holders humorously and stoically made the most of these releases, but still there was no update on the fishing game.

For brevity's sake, by the time January 2022 rolled around, the penguin community was exhausted with their leaders. Promises had been made, revoked, remade, and ultimately fumbled.

Holders hadn’t lost passion for the project, but they had lost their patience with those in leadership roles. Whether it be failing to scale, a lack of transparency, under-delivering on the ‘fishing rog’ airdrop, or the lack of an ice-fishing game, folks in the community generally felt that the penguins were yet to reach their full potential (especially, considering how well similarly slotted projects had done during the NFT bull run.)

On January 5th, The Pudgy Penguins leadership responded to community unrest by holding a democratic intervention. A poll was created so that Discord members could vote on whether cofounder Cole — who by this point had become the head of the Hydra — should leave the island.

@9x9x9’s thread detailed various attempts to buy-out the collection, and how during this back-and-forth with the founders, they learned that the project’s funds were empty. All that money (supposed to be spent on furthering the project) was in the cofounders’ personal wallets, presumably serving other purposes.

When the Discord poll finally closed, Cole was enthusiastically voted off the island.

And while the Discord poll represented a much-needed victory, removing Cole from his leadership role was more a symbolic move than a solution.

What this period really showed, was just how much people loved and cared for the fate of their penguins.

Several more people came out of the woodwork during this time and offered to buy-out the project. Conversely, others started planning for a Wrapped Penguins community. 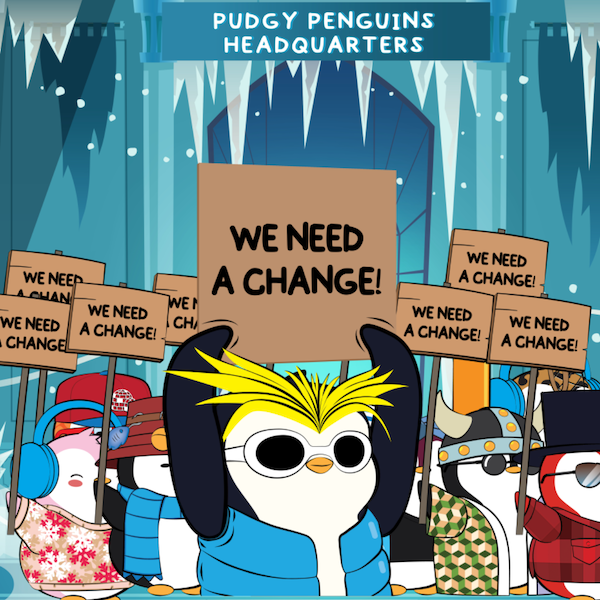 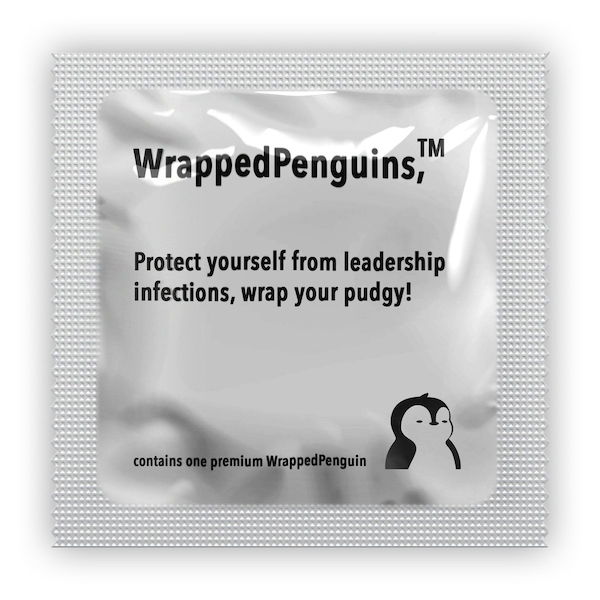 Ultimately, none of the initial buy-out offers found flight, and only a fraction of the community followed through with Wrapped Penguins (although this attempt to wrap their penguins — effectively cutting off founders from future royalties and redistributing power through the formation of a Pengu DAO — was historic and venerable when we consider that most blue chip collections are centralized.)

Ever since ousting Cole, the community still needed one final push.

Finally, on April 2nd, 2022, it was officially confirmed that the Pudgy Penguins collections had been sold to entrepreneur Luca Netz of Netz Capital for 750 Eth. Netz (who credits Pudgy Penguins for being his first purchase on OpenSea), along with Cameron Moulene and a host of stakeholders, were to form the new Pudgy Penguin leadership.

Since then, besides a nice pump in price (currently trading at ~2 Eth floor,) the community has been busy hopping into AMAs and picking the brain of their new leader.

Netz, a seasoned entrepreneur, has been patient about releasing roadmap details yet, citing the hard-learned virtue of taking one’s time, as well as underlining the importance of mystery and suspense when it comes to NFT releases.

Well, there was a brief announcement on April 9th regarding a raffle for a Pudgy Penguins Yacht Party at the F1 Miami Grand Prix, but for the most part, recent conversations have centered around defining the values of the community. 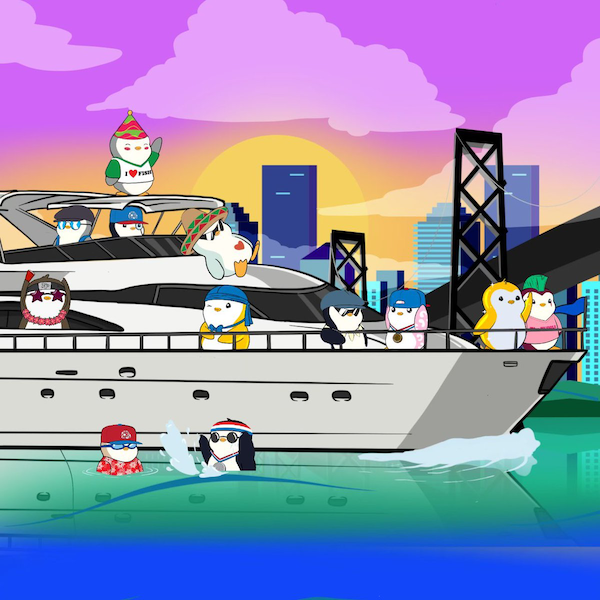 More generally, in an AMA on April 10th, Netz stressed that he hopes Pudgy Penguins can become a global brand and positively impact the greatest number of people possible (whether that be through toy initiatives, childrens books, or games.) One community member chimed in to add that cuteness is universal, and because Pudgy Penguins are undeniably cute, they might be the collection best poised to onboard the next generation of crypto-natives. Luca vehemently agreed: just because kids aren't currently the ones purchasing NFTs, doesn’t mean we should ignore their potential impact on the web3 space. This idea even prompted Luca to relay an interesting tidbit about focus groups regarding popular NFTs — apparently, they learned that kids react glowingly to Pudgy Penguins (while finding Bored Apes slightly scary.)

Whether that’s alpha or not, who knows. What’s clear, though, is that the Pudgy Penguin community, despite a tumultuous year, remain seriously hopeful about the opportunity to regroup and refresh their direction.