Back in April, we published a piece detailing the rollercoaster journey the Pudgy Penguins community had been through with their early founders. Since then, a lot has shifted — besides entrepreneur Luca Netz taking the reins of the project and hiring a brigade of fresh, full-time employees — IRL events like the VIP Yacht Party at the F1 Miami Grand Prix, as well as the reveal of an ambitious ‘Questmap’ (as seen below,) have injected the Pudgy Penguin community with a macro-dose of hope and renewed trust. We spoke with their CEO, Luca to get the lowdown on what Pudgy Penguins holders can expect moving forward.

An entrepreneur at heart, Netz dropped out of Business School (with an anti-debt logic) and dove headfirst into the job market (working in both a sales and startup setting,) before going on to start multiple, seven-figure e-commerce businesses, and later founded NetzCapital a VC firm that has invested in and advised companies like Zilch and GelBlaster. Not to mention, Netz’s worked with a spread of celebrities ranging from Kendrick Lamar to Jake and Logan Paul, to where he is today a sort of non-fungible-celebrity himself as CEO of Pudgy Penguins. 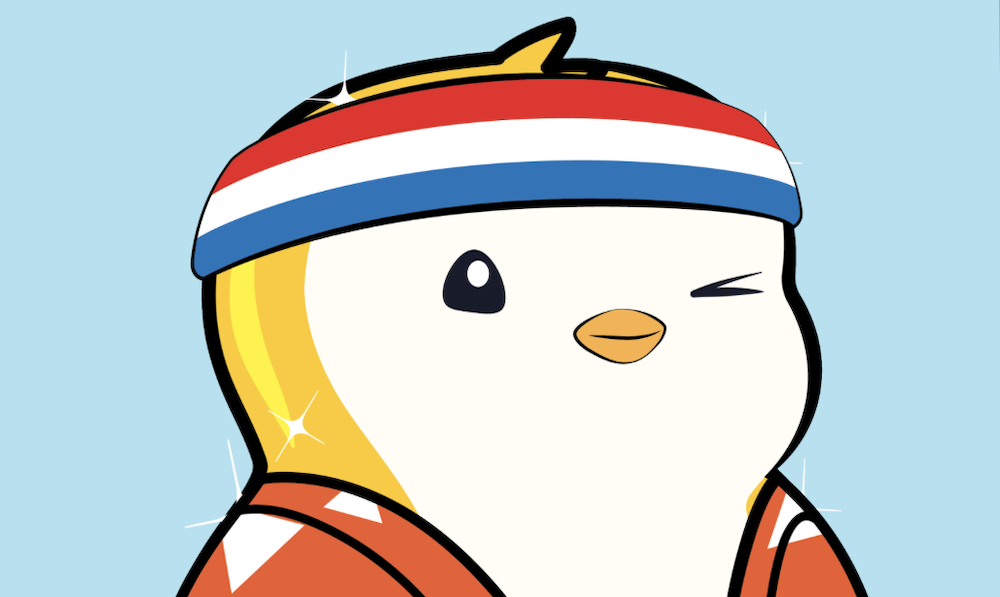 At this point, how do you feel about the tumultuous beginning that the Pudgy Penguins went through?

I think for optics, it can be annoying if I'm talking to Starbucks and they’re asking, “are you guys a rug pull?”

Beyond that though, I'm not ashamed of it. You know, one of the mistakes I’ve been making with approaching the community is trying to make up for Cole’s (an original founder) mistakes — but I didn’t make money from what they did, you know. I have my own vision for Pudgy Penguins, a vision that, if and when I succeed, is going to make this one of the most valuable projects in this space.

I’ve heard you say that one of Pudgy Penguins' strengths is that they're ‘cute and inclusive’ – could you explain that and how that will affect the type of audience/community you guys garner?

I think in the short term, communities that are ‘cool and exclusive’ will excel because there's not many people in the space, but as time goes on and the space grows, I think there's much more upside in being ‘cute and inclusive’. Marvel and Warner come to mind — they have an interesting perspective because they’re going after an elementary school audience with the idea that the lifetime value of that customer is so high if they catch early — and I’m in the same business, I think that’s how you get a robust community. Not to mention, I feel like nobody is owning this (cute, inclusive, positive) category in NFTs and the world has shown in the past that it's a super successful category.

What should the Pudgy Penguin community be excited about in the short term?

In the near future, community activation, whether it's poker tournaments, playing video games together, or whatnot. But as far as announcements, I think announcements should be important – not just nothing – too many projects are in the business of announcing nothing.

More generally though, get excited about the fact that we’re building . . . every single day, seven days a week. And consider that we’ve only been a part of this for 90 days, yet we’ve already achieved so much — there’s more of that to come.

I think the Pudgy Penguins’ game is my main focus. I’d probably say it's 9-12 months out. Maybe sooner. It really depends on a multitude of factors.

Eventually, I think front-loaded or gated games will flop and flail. To build a really active gaming community you need hundreds of thousands of daily active users, and gating a game to one collection adds friction to meeting that goal. With our game, you wont need a Pudgy Penguins NFT to play the game; however, the few who own our NFTs will get perks unlike others.

But yes, you’ll earn tokens in the game (like V-Bucks,) and those tokens are going to be exchangeable for Eth, so when a kid is old enough, they’ll realize oh shit I just bought my first car off of a game I’ve been playing for years — that’s the beauty of it.

The year is 2030; what does Pudgy Penguins look like?

We’ll be the #1 game on the App Store with movies coming out, toy lines in every Walmart and Target, T-shirts all over the place . . .

I like to compare it to Angry Birds, that’s probably my best comparison — I want to be Angry Birds.

Lastly, what question do you wish people would ask about Pudgy Penguins, and what would be your answer?

The question would be: Why would I pick Pudgy Penguins above another NFT?

And the answer is: If you believe in supporting a project that’s determined to make an impact then Pudgy is the project for you.