Ragnarok Meta: This Is Not A Drill

It's hard to say what did it — perhaps it was Facebook changing their name to Meta — just hearing the word ‘metaverse’ makes one a bit uneasy. Nowadays, innumerable NFT projects are claiming they’re building out the metaverse, and yet, it feels like there's a serious lack of evidence for all these statements.

Well, in the case of Ragnarok, this might be one of the few collections that’s justified their claims. Not only is Ragnarok a 7,777 item anime-style NFT collection (on Ethereum) that doubles as a pfp and as an avatar, but they've actually got a browser-based metaverse game (still basically a demo) built on Avalanche. Not bad, considering they only released their collection on April 27th.

Since then, Ragnarok floor prices have fluctuated between 1 and 3 Eth, amassed 18.5k Eth in volume traded, and currently sit around a price of ~ 1.3 Eth per ‘Ronin’ (the name for their avatars). Price though, is probably one of the less-gripping aspects of the Ragnarok collection — it’s really their game that demands special unpacking. 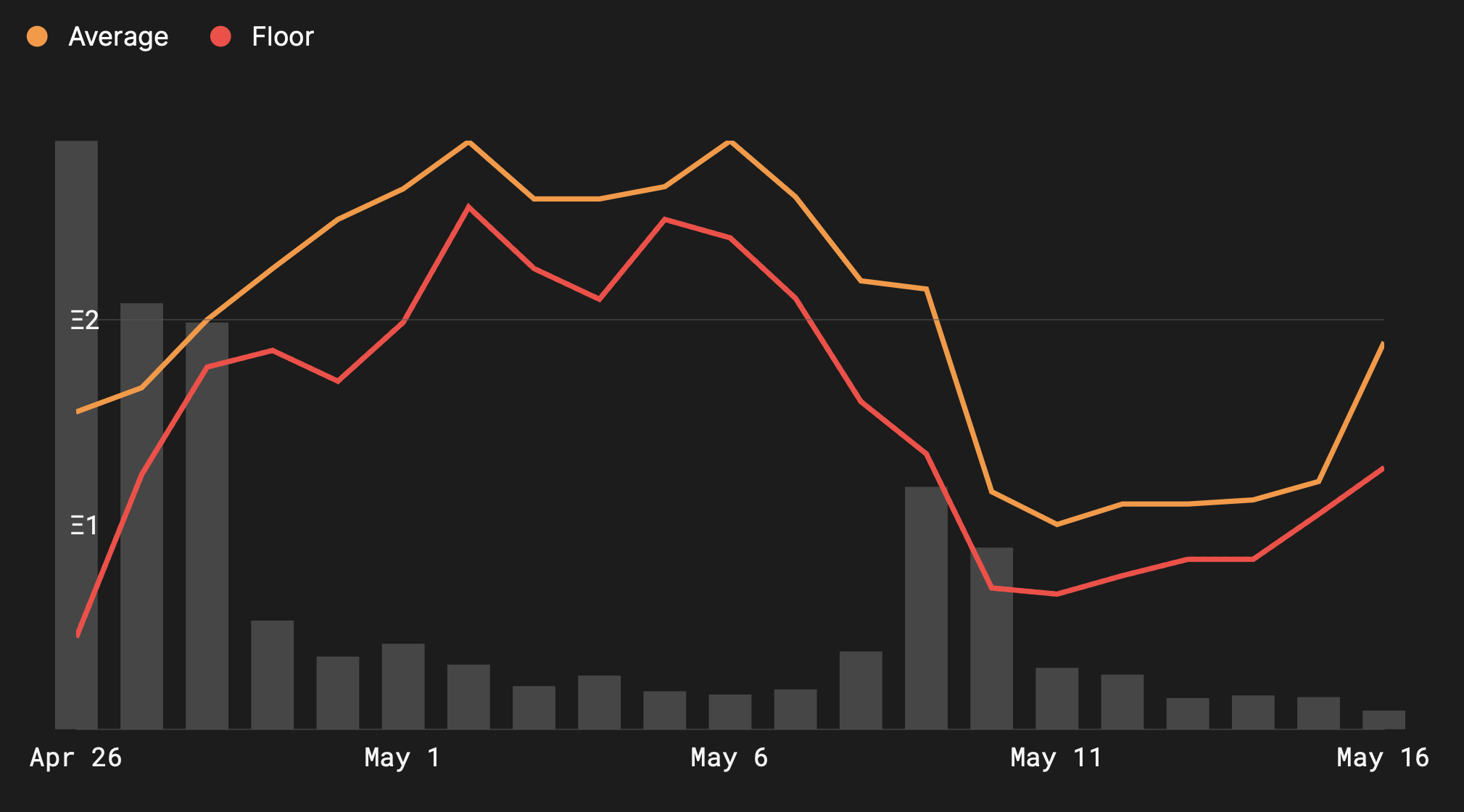 The Ragnarok Game & The Future

Lookswise, the Ragnarok game doesn’t disappoint — it’s the opposite of the Pixelmon Fiasco — it visually delivers on its promises through a Habbo-Esque layout with a clean, cybernetic city, fulgent and alive in a way that's reminiscent of Tokyo.

Admittedly, it's a bit retro in terms of gameplay, but retro in a purposeful, old-school sort of way. With your Ronin as your avatar, you can scurry around the demo city, a city dotted with various attractions and NPCs, and you can engage with the environment via little sidequests given to you by the NPCs (e.g. a hoverboard competition.) 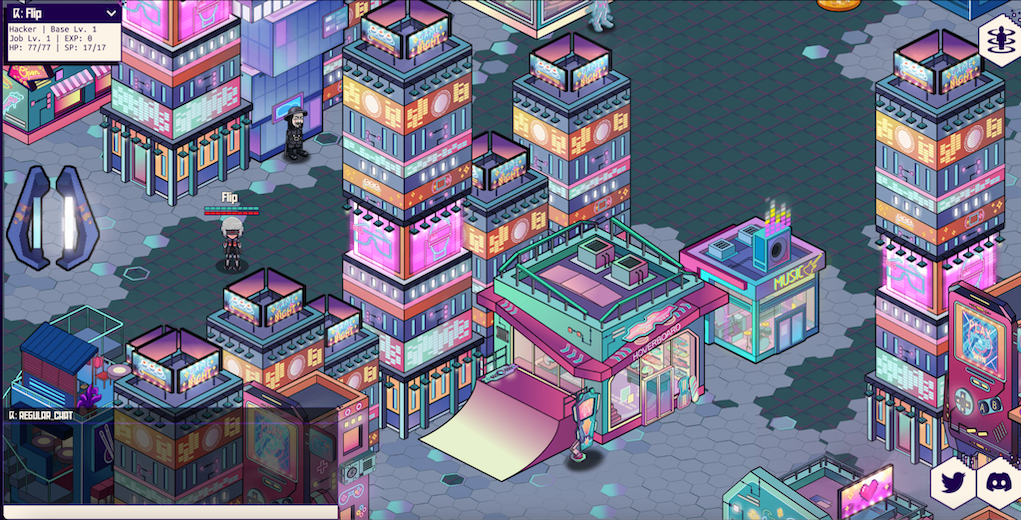 Could you spend all day playing this game? Probably not – however, that’s just right now. The current version of the game is merely a taster, albeit a promising taste of what's to come.

In future months, Ronin’s are going to quickly become imbued with more use-cases. Ronins will do all the basic RPG stuff like: gain experience, acquire skills, specialize, level up, change Classes, and buy/sell (_NFT) _items — that is, once the team introduces monsters (that can be killed and looted) and full-blown quests (which grant in-game progress.) These features, alongside the introduction of breeding and a native marketplace (that will allow folks to buy Ronin, rent Ronin, or sell their Ronin offspring,) are all slotted to be released in June.

Personally, we’re excited to see their first Manga chapter released soon. In graphic novel form, each Manga chapter (66 in total) will uncover the lore behind Ragnarok, provide narrative color to the game, and coincide with new in-game releases. Ragnarok founder, @0xfanfaron, teased some of the lore in an interview with Ed Change (Director of Gaming at Ava Labs), where he explained that Ronins are futuristic rebels fighting their way out of a world built by cyborgs, a world designed to profit from the distraction of humans through hedonism and entertainment — aka The Matrix _meets _Wall-E.

Timeline-wise, things will get especially spicy for the game in late 2022 when they introduce player vs. player combat, the ability to purchase/customize buildings and billboards (for businesses, hangouts, or advertising,) as well as the full launch of the Ronin economy, which will run on their native token $RAG and allow staking.

Oh, and we can’t forget that in December of 2022, there’s big plans for a whole new world/map within the game, a world dubbed the ‘Pixel Dimension’ which will add a host of new activities, events, and interoperability so that other NFT collections can enter the Ragnarok world.

And look, lots of projects talk a big game when it comes to games. Ragnarok still has a long way to go towards achieving their version of the metaverse. Nevertheless, you have to give props where props are due: in short order, Ragnarok has produced a prototype that’s beautiful and intricate; they have the foundation, they have the vision, and now they have to keep going.

Hopefully, with a team of 31 people (everything ranging from a Game Economist, to a Character Modeler, to a Scenario Writer, to countless other artists and developers,) they're right on track.