World Of Women Pushing Up

Before being thrust into fame with the World of Women (WoW) collection, Yam Yarkai (the portugal-based artist behind WoW) was already making gynocentric 1:1 NFTs. 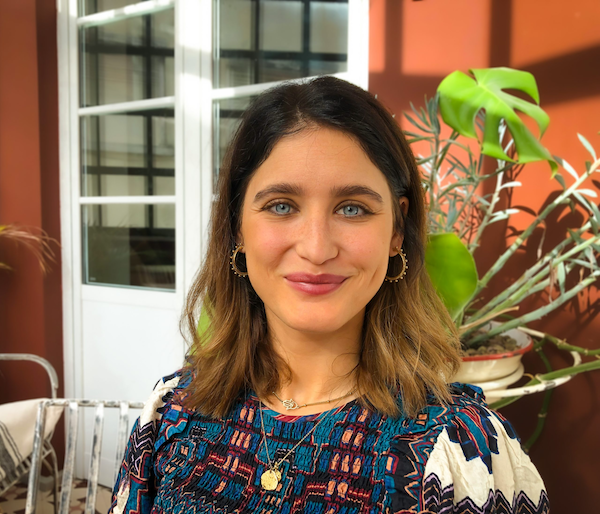 What she couldn't help realizing, though, was that 10,000 item NFT collections are the real locus of attention. Being both an artist and activist, she intuitively felt that if she was going to make a greater impact, then large, generative collections were the place to be.

From her viewpoint; however, many of these popular collections shared the fact of being created by males and, unrelatedly, depicted art that was unserious, like animals, cartoons, and light-hearted memes. Not that there’s anything wrong or less-than with that, but she was dreaming about a collection that could generate social movement, a collection where art, awareness, and activism can coalesce under one thoughtful roof, a collection that could empower women . . .

To aesthetically achieve this tone, she ultimately tried to create an ambiguous, universal, albeit beautiful profile of a woman that could be adorned with various accessories and outfits — but also, an open-ended, templatic woman who didn't rely on any ethnic, political, or religious signifiers. If she could balance the aforementioned without sacrificing art, hopefully, she’d be able to onboard/educate a whole generation of women into web3 and NFTs.

After performing a careful review of the pre-generated permutations, the resultant artwork is the crisp and colorful WoW collection that we are familiar with today. Themed as women dawning from seven alien planets (each with respective roles: adventurer, technologist, warrior, sorceress, biologist, linguist, and artist), you’ll notice that some of the women look eerily earth-like, others appear undeniably imaginative, all though embody an ineffable confidence.

Of course, it wasn't just the art alone that actualized WoW, but also three other co-founders, BBA, Toomaie.eth, and Raphael Mallavieille, the latter of which is Yam’s husband, who helped usher the project forward. Specifically, Raphael played a vital role in the marketing of the collection. In an interview with NFTCulture, Raphael recollects the early days of researching other successful projects and learning little subtleties about the NFT ecosystem. For example, he learned that one of the best ways to garner NFT interest on social media is not by tooting your own horn, but rather by regularly purchasing other projects' work and hosting giveaways.

Released on July 27th, 2021, the WoW mint went live at a 0.3 eth price, and sold out cleanly within ten hours. Of those who jumped on early, Pranksy, an influential whale in the NFT space, gave his stamp of approval both verbally and financially by minting 1000 WoW pieces.

There was very little in terms of a gestation period. Toss in a couple of substantial shoutouts from figures like Pranksy, Ja Rule, and Gary Vee, and before you know it, WoW was sent soaring into higher price altitudes. Within two weeks post-mint, the collection was scraping at the ceiling of a 1 eth floor (in retrospect, the very beginning of price discovery.) 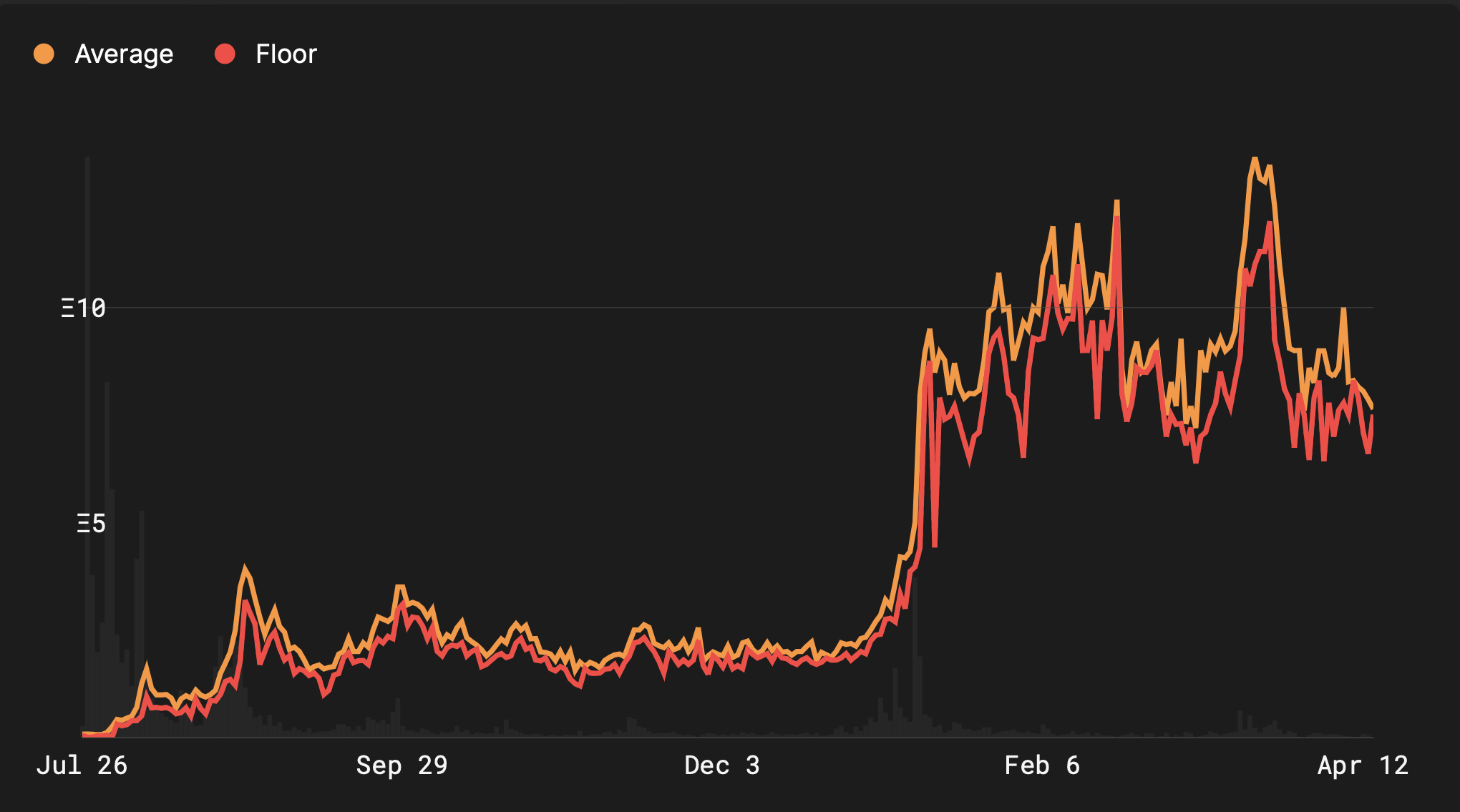 Price, though, was only a fraction of the project’s success.

As we’ve mentioned, from the very start WoW was committed to making a change, and part of that change comes from 7.5% of primary sales going to the WoW Foundation, which supports female-centric charities like (She’s The First, Too Young to Wed, and Strange Cintia). Additionally, they have and continue to host countless charity auctions for groups like The Rockflower Fund or Code to Inspire, all of which focus specifically on aiding and empowering women. It doesn't stop there, though —

Another 15% of all primary sales go toward the WoW Fund for Cryptoart. The WoW fund connects back to Yam’s original problem, being that 1:1 NFT artists have a tougher time getting exposure. And so, the WoW fund regularly purchases from and spotlights female NFT artists that are creating great work but could use an algorithmic boost. To sweeten the pot, WoW regularly airdrops works featured in the WoW Fund to WoW holders — but also, they’re working on setting up virtual galleries within Sandbox and Oncyber to further spread the reach of artists within the WoW Fund.

As interest in WoW grew, it became clear that there was a need for more spots in the community; thus, the birth of WoW Galaxy, a 22,222 item follow-up collection that gave sidelined and out-priced parties a chance to hop into the mix. 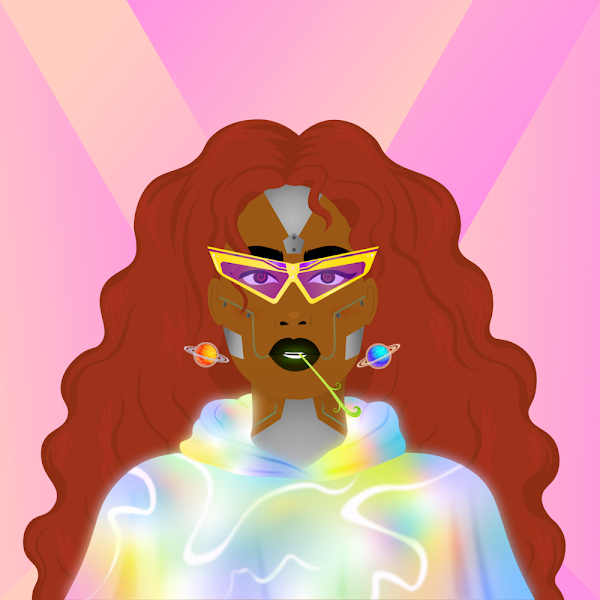 WoW Galaxy builds on the story and ethos of the original WoW collection, adding yet another ‘planet’ of women to the already seven planets outlined in their first collection.

Compared to the original WoW pieces, the WoW galaxy artwork goes a step further in terms of detail (literally, they offer 4k HD files on their website), throwing in a healthy dose of sci-fi and futurist tones. Embedded within the collection are 8 Champions & 8 Guardians (one corresponding to each WoW planet), effectively rares that were hand-drawn (as opposed to randomly generated) by Yam herself and which are progressively revealed to the community over time.

Like with the original WoW collection, a portion (10%) of primary sales go toward the WoW Foundation. Plus, holders get a similar host of benefits that include: an invitation to the WoW Gala (an IRL event), the ability to contribute through DaWoW (a DAO which provides nominal community voting power to WoW and WoW galaxy holders), ownership of the underlying artwork and IP (meaning: “you can use your WoW as your next business’ digital identity”) and much more.

World of Women has been remarkably active on the business and communications side of things.

Growing fast, the WoW team, now nine people, signed with legendary manager Guy Oseary who also represents BAYC, Madonna, U2, and Red Hot Chili Peppers, and who played a key role in helping them with decentralized licensing rights that allow WoW holders to build brands on top of their NFTs.

Plus, by now, they boast an impressive list of high profiles that have bought and promoted WoW, including names like Farohk, Reese Witherspoon, MC Hammer, Logan Paul, and Eva Longoria to name a few. Just as well, they’ve been featured in Rolling Stone, The Washington Post, and countless other mainstream news networks.

From the onset, Yam said their goal was to create a global brand and a global community. It seems like they're well on track for both of those ends.

Really, the question we’re left with is: given their success up to this point and the audience they’ve amassed in the process, where will they decide to go next, another planet, another collection, another cause?