Here’s the section where, if we knew anything substantial about XCOPY, not just as an artist, but as an individual, we’d give you a nice melodic paragraph detailing his background . . . but, the reality is we only have scattered bits and pieces.

Besides the fact that he’s based in London, most of what we know about XCOPY is gleaned from his catalog of stygian GIFs that “explore death, dystopia and apathy through distorted visual loops”, his cryptic social media presence, and the occasional short-form interview. 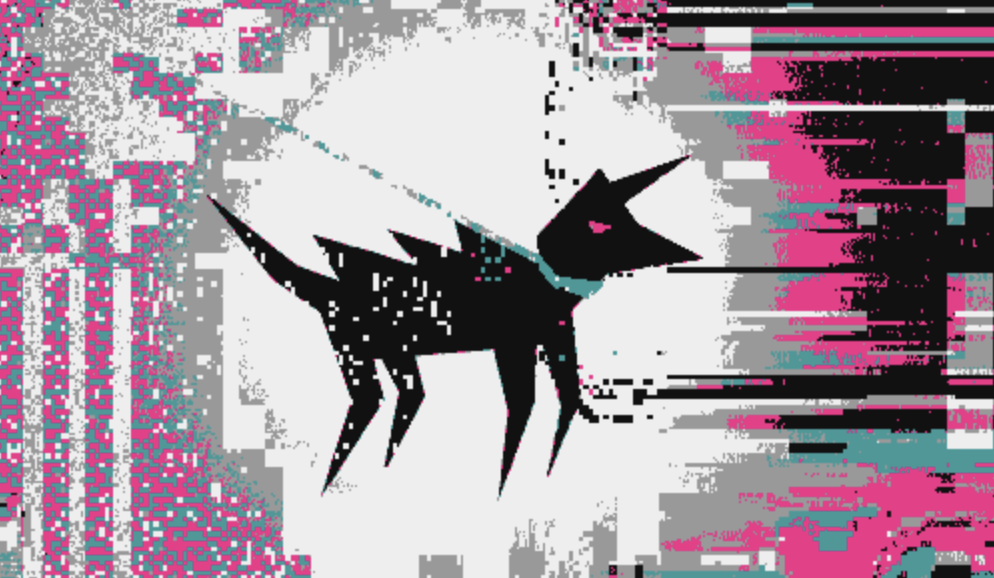 We do know that XCOPY’s been making GIF art since as far back as 2010, originally posting his works on Tumblr. And, that it was on Tumblr where XCOPY shared thousands of his early GIF art and built an incredibly niche but devoted following, some of which are the proud owners of physical XCOPY prints (long since discontinued).

We also know that for years XCOPY wasn't making substantial money off of his art, but despite that, the guy was a prolific beast who tirelessly pushed out new art every month (with the exception of a one-month hiatus in April 2014) for 10 years straight. 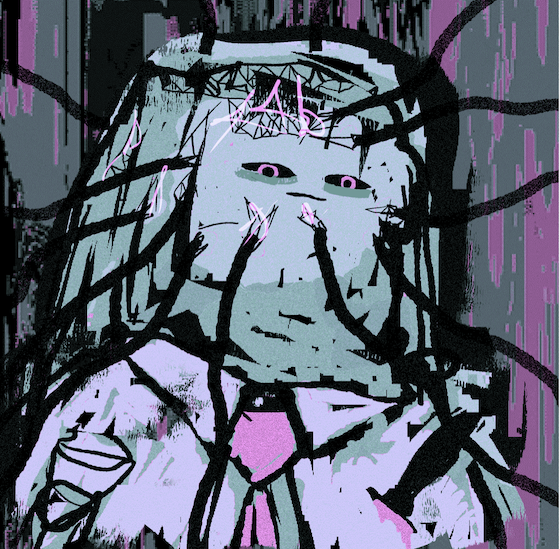 With copious research, we only surfaced two interviews with XCOPY directly, and even then, both times he managed to remain artistically curt and vague in his responses — however, the one thing he was rather explicit about was his transition into NFTs.

According to XCOPY, “I got lucky. Late 2017, I bought some bitcoin and fell down the crypto rabbit hole. Soon after that I discovered Ascribe.io which was using Bitcoin to create digital editions. I started selling these for a couple of bucks through Twitter and geeking out with other nerds. In early 2018 I ended up beta testing what became SuperRare.”

_Sidenote: Back in 2017, XCOPY was in the running to be in CurioCards a historic, 30-item NFT card pack that featured 7 artists, but didn’t make the cut. _

When asked why he was so open to NFTs despite the space being very much nascent at the time, he responded plainly that “it was the first and only way to sell my digital artwork in its true form. Minting tokens was a way to sign my art and make it collectable.”

Indeed, in retrospect NFTs posed the missing piece in spreading and selling XCOPY’s work, but it would be an oversimplification to say that it was just a linear transition. On the contrary, it was a time of experimentation for XCOPY. He wasn’t immediately fetching massive sales (in 2018, he posted on Tumblr “Today I sold my first gif for £1. Nothing can stop us Tumblr” ) and a significant portion of XCOPY’s early NFTs have been lost due to his work being locked in contracts setup through sites that are no longer running like Ascribe.io, https://digitalobjects.art, and RareArt Labs (nonetheless, pockets have survived, like some of his NFTs from Digital Objects Artwork and his Christmas-themed Radi.Cards (NFT e-cards) among others.) 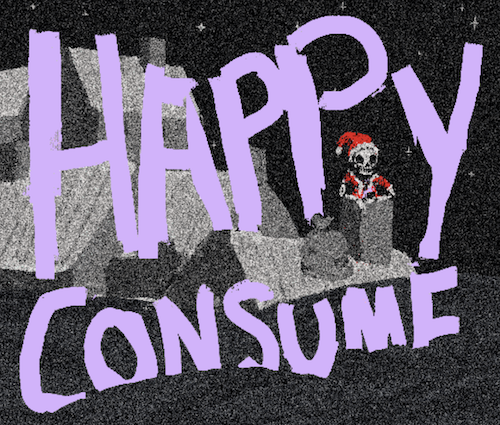 What’s striking is that over the course of ten years, bouncing between platform (Tumblr to myriad NFT platforms) and audience (dabbling in both large collections and 1:1s), XCOPY never strayed far from his patent neon nightmare-in-a-blender style, a style replete with gallows humor and social commentary, a style that refuses to bend the aesthetic-knee.

And as far as we know, (with the exception of a brief go at pixel art) it seems like his process hasn’t changed either. Some of his early Tumblr posts show that he might have sketched his work by hand, while other posts suggest that he was using photoshop and that his first GIFs “were really just 4 random images mashed together.” 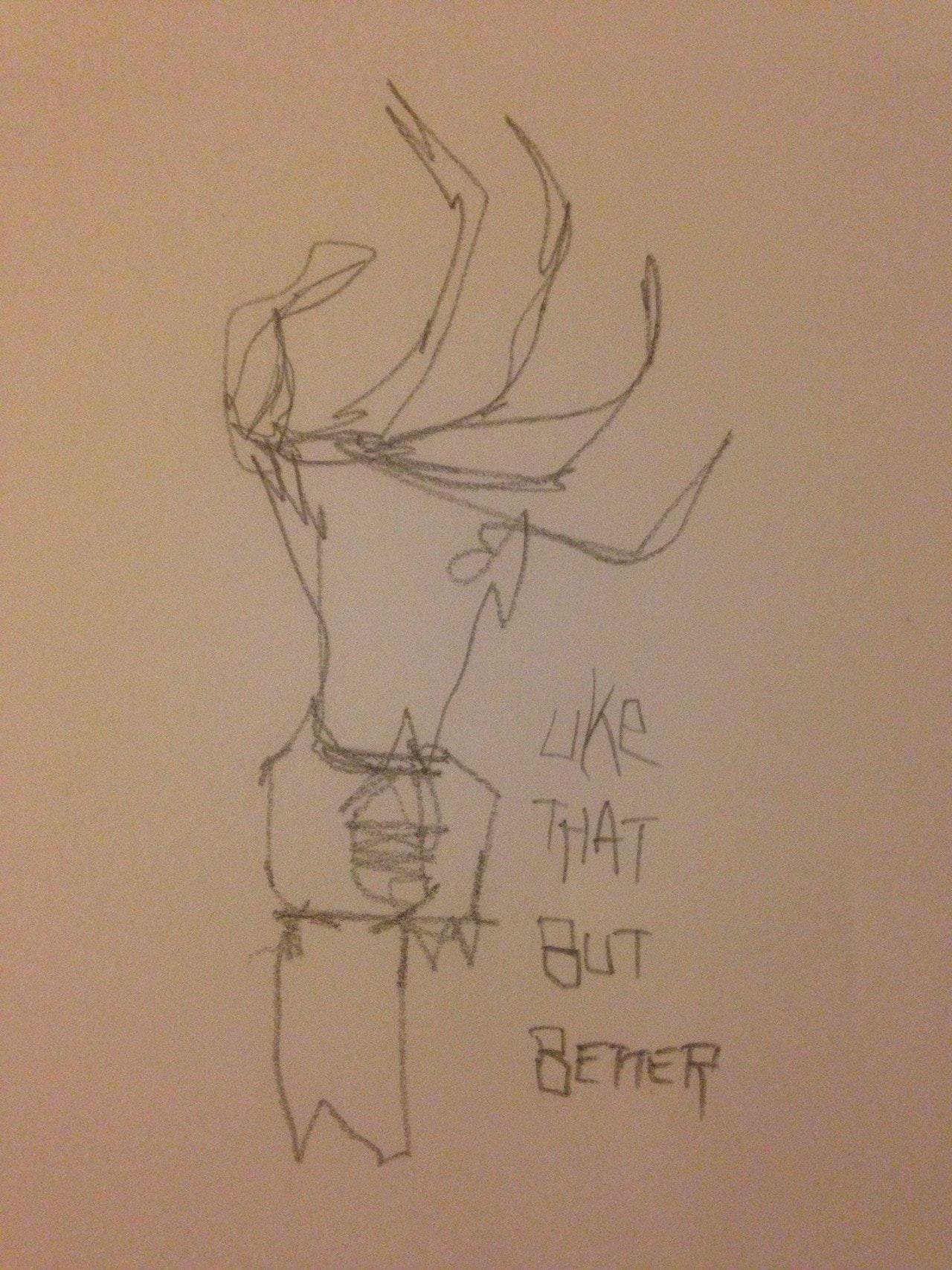 Notice, that hand sketch he did back in July 2016 (pictured above), looks eerily similar to his later work ‘$LAVE’ released in 2019. Perhaps he’s hand sketching the layers and then mashing them together with images on photoshop?

Whatever he’s doing, people are feeling it. Today his 1:1s like ‘Right-click and Save As guy’ and ‘A Coin for the Ferryman’ have sold for $7 million and $6 million respectively (a mere fraction of his estimated total NFT sales of over $70 million.)

Part of the buzz surrounding XCOPY’s trajectory is not just the amount of work he’s sold (estimated at just shy of 10,000 pieces), but also the wide range of public figures who are buying and talking about his work. Notably, Cozomo de’ Medici, jokingly alleged to be Snoop Dog’s alt Twitter account, bought XCOPY’s ‘Some Asshole’ piece for $3.86 million. Likewise, influencer Gary Vee, not unknown for hot-takes, suggested that XCOPY “shows all the nuances of potentially becoming a Warhol, or a Banksy, or a Pollock.”

Perhaps in the future, art history undergrads will be learning about XCOPY (and hopefully we’ll have more answers by then), but for the time being, consider yourself early.