On Monday night, amidst market's crashing and the UST meltdown, a small explosion went off in the NFT world — ZAGABOND.ETH, founder of Azuki, unexpectedly tweeted out a controversial article.

ZAGABOND's article, written in a narrative form and titled 'A Builder's Journey', clarified that he'd founded three projects, 'CryptoPhunks', 'Tendies', and 'CryptoZunks' prior to Azuki, as well as provides a self-analysis of what was learned/ what failed with each of these projects.

With regard to 'CryptoPhunks' (a Punks parody collection that utilized a fictional figurehead 'Philip the Intern' and a unique trading-card style mint,) he claims they taught him about the power of 'storytelling'. Nevertheless, he explains that Phunks suffered greatly from multiple DMCA (Copyright infringement) takedown requests from Larva Labs. Also though, he rationalizes that it was a simple 'parody' collection that outgrew its original vision, and thus, "the web3 path forward was to decentralize the project by handing over the reins to our community, moving the metadata to IPFS, and allowing the community to continue the forward march of Phunks." 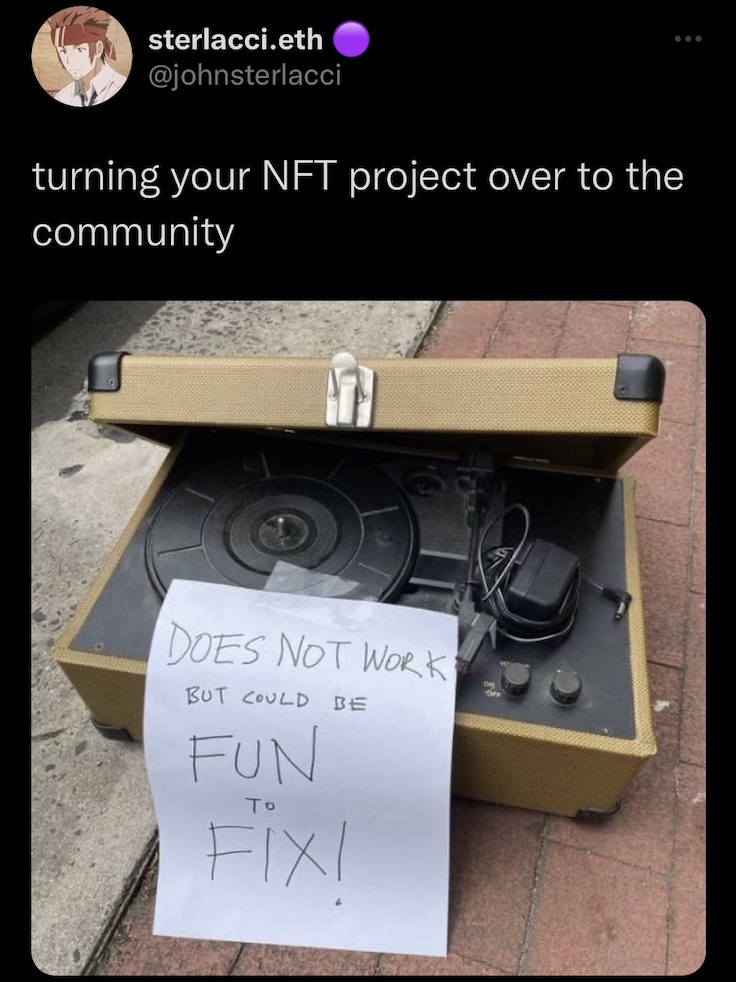 As for 'Tendies', he said that the light-hearted, chicken-tender-themed collection, despite having strong meme-value, failed to mint out, and so it was only rational to wind down the project shortly after hosting a community raffle, citing that they'd learned the "importance of original ideas rather than chasing a short-lived meta."

And lastly, he explained that his involvement with 'CryptoZunks', a re-roll based iteration on Punks, taught them the importance of having a unique-minting experience. However, unfortunately for Zunks, as they sought to build out new features, limitations like gas costs 'killed the product experience', and they realized demand had left for good when "less than 15% of the free airdrop was claimed."

Having laid out his past involvements, ZAGABOND ties it all together in a swift conclusion where he asserts that "Azuki wouldn't be what it is today without the learnings from our previous projects."

Of course, Crypto Twitter had their own thoughts to add. Soon after the release of his article, more information about his previous projects started to flood the twitter-verse. Folks were pointing out that Beanz metadata had been leaked prior to release, or that the CryptoPhunks royalty fee had suspiciously been boosted to 5% on Looksrare prior to a wash trade that netted 300 Eth ($950k at the time), or allegations that ZAGABOND had been impersonating a woman through the use of the 'Mandy' account associated with CryptoZunks.

Within hours of ZAGABOND's article going out, the Azuki floor price had fallen from roughly 16 ETH to about 13 ETH, and would continue to slide through the night.

In an attempt to clear the air, ZAGABOND agreed to a Twitter spaces with Andrew Wang and @whizwang (Azuki Head of Growth) the next day.

The demand for answers was clear: at its peak, 14,000 people were listening in to the Twitter spaces with ZAGABOND and Andrew Wang.

Wang, who previously has been paid (up to $2500 a month) to host spaces (but apparently not on this occasion), proceeded to go down the line and address ZAGABOND's article and a number of the other allegations being made.

Firstly, ZAGABOND clarified why the article came now, seemingly out of the blue. His line was that they've wanted to "share this statement for a while, but because of harassment we had to come out with it quicker." However, who exactly was harassing him was never made clear. 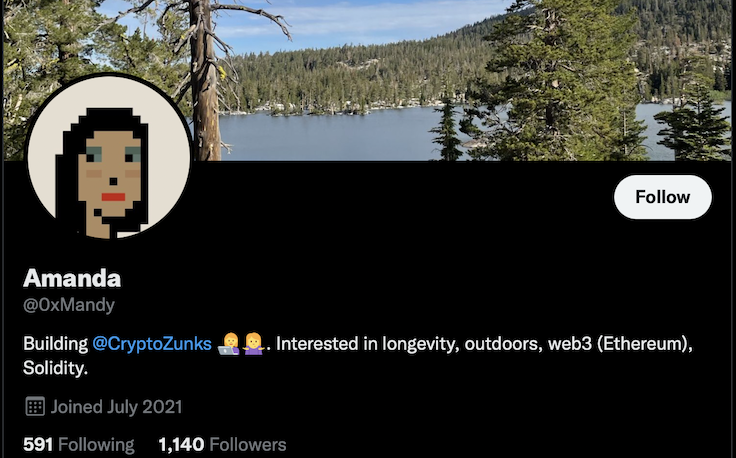 Wang then moved on to asking about the LooksRare royalty fee on Phunks being boosted to 5% before a wash sale, to which ZAGABOND said they "didn't put too much thought into it," but rather, they were just excited to be on LooksRare ever since they'd been delisted from OpenSea multiple times.

More broadly, they addressed what it means to 'rug' a project. ZAGABOND defended his previous projects as exempt from 'rug' status because they delivered on everything they promised — and that a bigger discussion needs to be had because, "there is a disconnect when it comes to expectations on creators and consumers" and that "from a creator perspective . .. if you create a project and you deliver on everything that you promised to deliver on . . . it seems that the consumers still have an expectation that the team, the devs, will continue to work on the project in perpetuity." On that note, he also said, CryptoZunks is an example of a community that still wants to do more, and so they're working out a way to fully hand off the project soon.

The latter parts of the Twitter space were not as fruitful. The interviewer, Andrew Wang, struggled to pull concrete answers from ZAGABOND. They repeatedly circled the topic of expectations ( i.e., how much does a founder owe a project once they've delivered,) as well as vague statements about how ZAGABOND hopes to make things right (including, hopefully transferring ownership for the other projects), and more generally, acknowledgement that Azuki would not be where it is without those experiences.

In short, words like: learning, learn, and learned, were used liberally by ZAGABOND.

As the dust settles

It's hard to say what people conclusively feel — sort of like a political event, there's a whole gradient of reactions.

Some have defended ZAGABOND, asserting that "leaving 3 failed projects behind and creating 1 really successful one isn't scamming, it's life."

Others have delineated ZAGABOND's previous projects as soft-rugs (as opposed to hard-rugs), citing that even if "everything that was promised was delivered" . . . when you buy something, you don't "expect the founder to abandon directly after making millions."

Meanwhile, the floor price for Azuki's has chilled out and may have found temporary support, currently sitting at ~9.9 Eth. Funny enough, CryptoPhunks (0.4 floor) and CryptoZunks (0.05 Floor) have seen a resurgence in price and volume (Zunks, for instance, went from almost flat-lined volume to over 150 Eth in volume traded over the past three days.)

Many Azuki holders are wondering what comes next . . .

Could this blemish really mean the death of Azuki?

Can Azuki brush it off like the Pudgy Penguins did after their leadership woes?

Or, was ZAGABOND right about the need for a discussion of creator/consumer expectations regarding NFT projects?

Disclaimer: This is not financial advice. This article is strictly educational and is not investment advice or a solicitation to buy or sell any assets or to make any financial decisions. Do your own research. See Flip's Terms of Service for more details.