Otherdeeds: Lay of the Land

“Break on through to the othersideeeee''

By now, many of us have seen The Doors-blaring, ape-slinging, pump up trailer for the Otherside. The thing is though, we’re not quite there yet . . . the otherside.

First came the release of ApeCoin on March 16th, then came the announcement of the Otherside on March 18th, and now, as of April 30th, we have Otherdeeds, the first entrance into the highly-anticipated Otherside.

However, before we can make sense of Otherdeeds, it'd be helpful to recap what exactly the Otherside is besides what we’ve gleaned from the pump up trailer and a supposedly leaked pitch deck.

Otherside is a work-in-progress metaverse game that comes to us from Yuga Labs, Improbable, and Animoca Brands. Dubbed the first ‘metaRPG’, a synthesis of MMORPG (massively multiplayer online role playing game) and metarverse games, Otherside is a game primarily connected to the BAYC ecosystem — although a key component of its allure is its promise of interoperability which will mean that theoretically any NFT (starting with BAYC, MAYC, BAKC, and CryptoPunks) will be playable via the SDK (software development kit.)

Now for the Otherdeeds, not only do Otherdeeds allow you to “participate in prototype builds, demos, and tests that shape the final game design” for Otherside, but also, they are the key to claiming land parcels within the Otherside, land parcels that will each have their own unique traits (dig into them here): environment, sediment, and resources (including artifacts and ‘Kodas’ for a select few.)

Those familiar with MMORPGs will intuitively grasp the point of these land parcels — to extract and harness wealth that unlocks further in-game progress and experiences — but the Kodas, well the kodas are another matter.

Only 10,000 Kodas exist, and besides some rumors floated out of the ‘leaked’ pitch deck, as well as a cryptic mention in the Otherdeeds collection summary, all we know about the Kodas are that they’re some sort of celestial creature, an NFT creature at that, which are scarce and yet vital to the the Otherside’s lore and existence. Practically speaking, Otherdeeds containing Kodas (pictured below) go for big money.

In total, there will be 200,000 Otherdeeds pointing to parcels of in-game land, and each Otherdeed originally cost 305 ApeCoin to mint (which was also basically the first meaningful chance to spend ApeCoin given that the Otherside economy runs on ApeCoin.)

Now with April 30th in the rearview mirror, we can say that the Otherdeed release and subsequent accumulation of deeds didn’t break down so smoothly.

Because BAYC and MAYC holders were given 21 days to claim their Otherdeeds, it wasn’t vital that they claim their deeds precisely on April 30th; whereas for non-ape-holding-folks, Saturday night was a black-friday-esque battle to scoop the remaining 55,000 Otherdeeds for-sale, a battle that entailed gas wars which sent Ethereum gas fees soaring to prices never before seen (up to 6000 gwei or $5000 dollars just to submit a transaction). 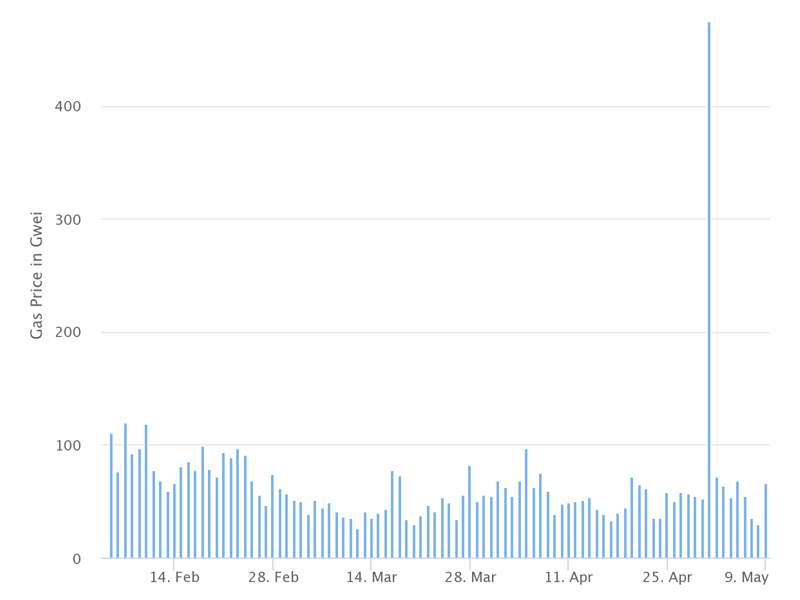 We’ve talked a bit before about gas-wars in our piece on Bots, but the gist is that the Ethereum network becomes competitively clogged when many people are trying to submit transactions at the same time. Thus, folks who can pay more for gas can cut in front of other peoples' spot in the transaction queue.

Needless to say, because many people either lost their chance to mint an Otherdeed or succeeded in doing so but spent outrageous sums on gas fees, the Otherdeeds mint has resulted in a lot of finger-pointing — some fingers pointed at Yuga Labs, some pointed at Ethereum, and others pointed at those pointing fingers.

Of course, shortly after the whole gas fiasco, Yuga Labs promised to refund lost gas fees and apologized for “turning off the lights on Ethereum for a while.” Yuga even floated out the idea that ApeCoin will “need to migrate to its own chain in order to properly scale.”

Twitter had a feast with the event. Some suggested that the gas war was an excusatory path to build out ApeCoin on its own chain. Others suggested the gas war could have been mitigated with better code (even Vitalik chimed in to disagree here). And more yet, some people were pointing out the purchase of KYC-ed wallets to circumvent the two mint limit, or the way in which plot #s related to geographic location of Otherdeeds on the Otherside map (pictured below, you can explore the land map here.) 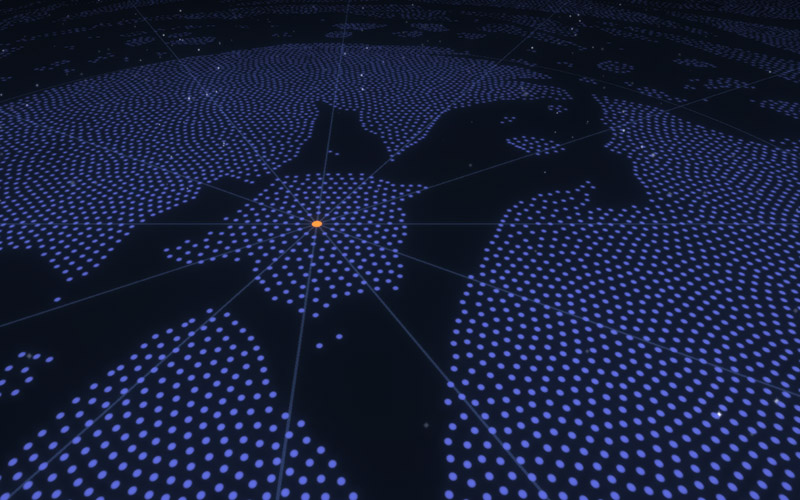 Gas wars and controversy aside, given the price of ApeCoin at the time of dropping Otherdeeds ($19), Yuga Labs did just fine off the Otherdeeds sale, netting close to $318 million.

Since the mint, Otherdeeds have done a whopping 247k Eth in volume traded while floor deeds (~ 2.8 Eth) and rare deeds (up to 300 Eth) seek to find their mark to market. And honestly, we generally try to keep these articles content-centric, but in this case, we’ve got to do a quick shill because there’s never been a more appropriate time to use Flip — go nuts analyzing the Otherdeeds Traits breakdown or play observorrrr and watch where the volume sloshes around under the Otherdeeds Activity page. Oh, and also, if you hear anything else about the Kodas . . . let us know ;).